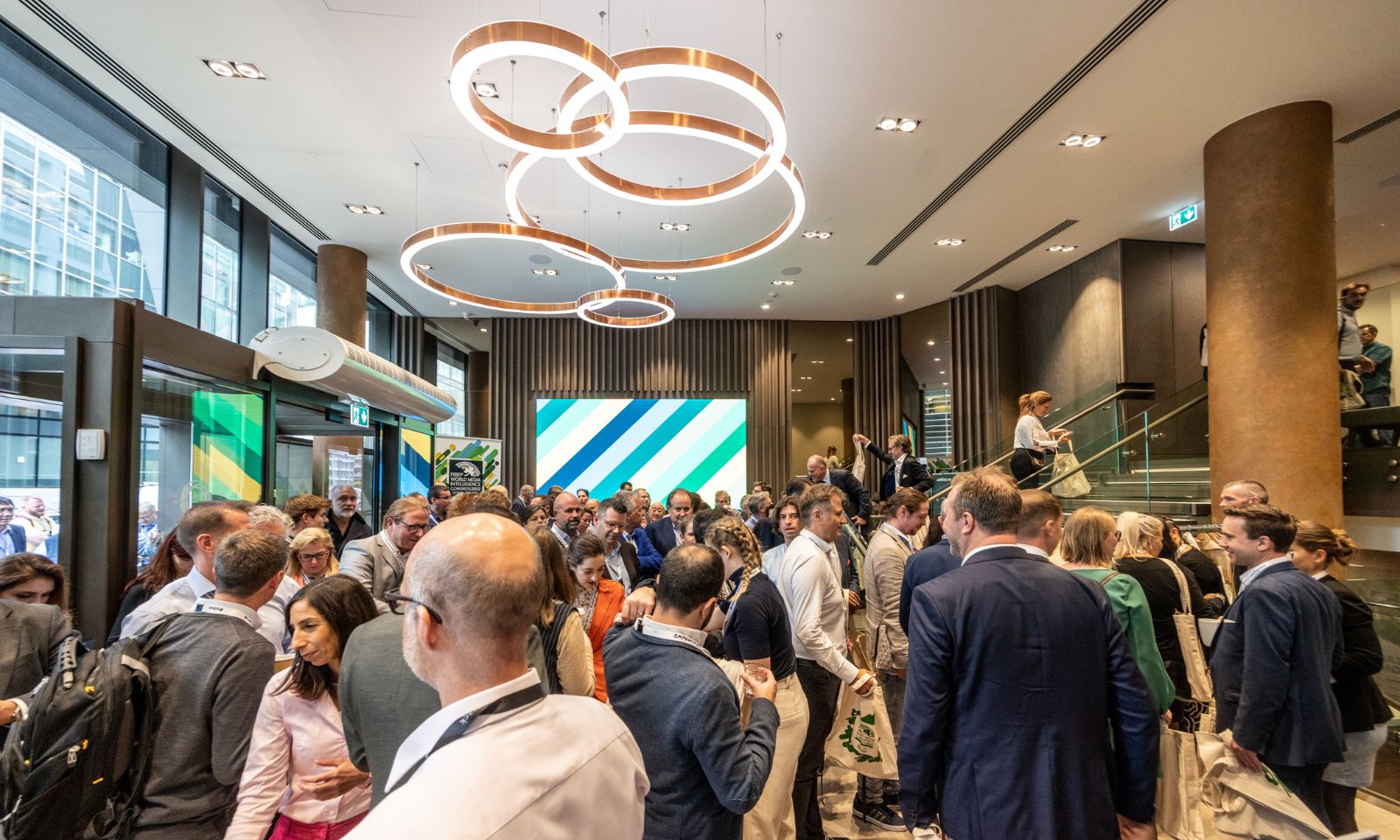 The FIBEP World Media Intelligence Congress of 2022 was full of lessons and learnings for the industry. This blog was written to summarise our key takeaways from the conference and give credit to those who delivered them.

1. Millennials and Gen Z are going to change the game

‍Most members of the media intelligence community know that PR is all about connecting your story with the right audience. At the moment we can rely on traditional and digital channels to achieve this task, but the upcoming generation is about to throw a real spanner in the works. From attending many of the keynote presentations at FIBEP 2022, it is clear that a significant proportion of people categorised in the ‘Millennial’ and ‘Gen Z’ age brackets are getting their news from alternative sources. These sources include mediums like influencers, podcasts and low-budget/humorous news pages on social media. This means that media monitoring providers will have to purchase more scraping licences, and media contacts providers will have to redesign and add to their databases.
‍

2. Companies within the industry are looking to ‘close the story circle’‍

Jack Murray, CEO of MediaHQ gave an excellent presentation about storytelling and why it is the only business model. During the presentation, he introduced his concept of the ‘Story Circle’ and demonstrated how it applies to the media intelligence industry. He described how media monitoring providers supply half of the story circle and how media contact providers supply the other half. However, these barriers are being dissolved by the increased presence of mergers and acquisitions within the industry. At the beginning of 2022, Symphony Technology Group acquired Kantar, PRgloo and Onclusive to form a new standalone company and in turn, close the story circle. After seeing the success of this merger it’s no surprise that media contact and media monitoring providers around the world are looking to engage in similar partnerships. Raina Lazarova, Co-Founder and COO of Ruepoint gave a fantastic presentation at the conference on how to scale in these types of partnerships.

3. Crisis and internal communications are the two biggest areas for growth

When people think about PR and communications, they usually think about the sending of proactive press releases to secure positive coverage in the media. However, as Effie Kanyua, Director of PR & Communications at Hearst UK demonstrated during her interview with Magdalena Horanska, two new types of communication have become significantly more important over recent years - namingly crisis and internal communications. Crisis communications are conducted when negative stories are being disseminated about a company on social or traditional media channels. Due to the recent COVID-19 pandemic, political movements and the war in Ukraine, an increasing number of companies have been subjected to negative publicity - thus creating the need for a counter, explanatory wave of communications. Internal communications relate to the messaging that occurs within companies to make sure everyone is on the same page. This type of communication has become very prevalent since the rise of remote working, but managers have little visibility on how their messages are being received. According to Effie, agencies and software providers will be able to gain a competitive advantage if they can offer specialised services for internal or crisis communications.

4. Proving the business impact of PR and communications is becoming more important‍

Given the rising cost of business operations, departments must be able to prove the return on investment for individual activities. PR is one of those activities that could be defunded if a business is suffering - therefore the communications team must be able to prove the business impact it is having. Media monitoring and press release reports are a great way of proving the return on investment - which is good news for companies in the media intelligence industry. Press release reports include metrics like open rates, click rates and delivery rates, while monitoring reports are more focused on articles and interviews that the business appeared in organically. These analytics and reports are especially useful when compared against a prior period. For example, if you can prove that journalists are opening your email, clicking on links and covering your stories more than they were last year, it would be hard to deny the business impact your activities are having. You can also calculate the value of earned media coverage using the following formula:

5. A standard formula is needed to calculate licensing fees for MMOs‍

During the talk with Owen Cullen, Ilias Konteas, Sandra Chastanet and Oliver Schmidt, there was an interesting discussion between the speakers and the audience about how licensing fees are calculated for media monitoring companies. Certain members of the audience were asking how massive companies like Facebook and Google can get away with paying little or no licensing fees, while smaller media monitoring companies are always subject to large, disproportionate fees. Others called for the licensing process to be simplified because at the moment it creates significant barriers to entry for start-ups and expanding companies. Florian Laszlo, CEO of OBSERVER poignantly demonstrated how the cost of licensing a single New York Times article is over one hundred times more expensive than accessing it through an online subscription. If these barriers were reduced, the industry would be wide open to disruption and innovation - which is a positive thing for any industry.

We have all had our fair share of Zoom meetings and webinars since the pandemic began, but the FIBEP World Media Intelligence Congress of 2022 proved that nothing beats meeting people face-to-face. Sure, virtual breakout meetings were better than nothing, but it’s hard to connect on a personal level through a computer screen. FIBEP did an incredible job of organising icebreaker networking activities that didn’t feel forced or awkward. From the networking lunches and the speed-dating style sessions, to the GALA dinner and the sponsored pub night, it felt like a new lease of life was launched into the media intelligence community. Competitors became friends and opposites became partners - which is something that would be very hard to achieve through a camera lens.

CSO of Ninestars Mohan Doshi delivered a fascinating presentation about the accelerated use of technology during the pandemic and explained what lies ahead for Web 3.0. Through many relevant and interesting examples, he explained how the control of information and services will be taken away from companies like Amazon, Google, and Meta, and replaced with a decentralised public database. Emerging internet applications will be built on blockchain technology, which will allow information to be stored on a secure network of computers rather than being controlled by centralised entities. Web 3.0 and the metaverse are complex subjects to understand, but Mohan summed them up beautifully and sparked some extremely interesting conversations in the lobby afterwards.

8. Retain and Transform - your people are your key to success

During her masterclass on people and transformation, Petra Masinova, Chief Commercial and Marketing Officer at Onclusive delivered an insightful talk about the importance of retaining company talent. Drawing on her experience of the formation of Onclusive, she talked about the hurdles her team had to overcome to achieve a successful merger. While going through a merger or growing your business there is always a difficult period of transition, but by retaining and motivating your people it will get easier. Your people will decide on whether your company or product is a success or not. Through clear communication and strong leadership, you will ensure that the talented people come with you on the journey to a better future for them and the company. Mazen Nahawi, Founder and Group CEO of CARMA also echoed Petra’s sentiment by stating that media intelligence companies should invest in their people above everything else.

On Thursday afternoon, marketeers Pietro Biglia from L’eco Della Stampa, Lisa Von Beust from Auxipress, and Stephan Ifkovits from OBSERVER gave an excellent masterclass on hybrid marketing and its new rules. Stephan from OBSERVER demonstrated how his team has been hosting a monthly event called ‘Pizza, Party, PR, People’ to ignite personal relationships between business associates. Every month, they invite existing clients, potential clients and members of the wider media intelligence sector to come together in an informal setting where ideas are shared and communities are built. Since the beginning of these events, OBSERVER has built stronger relationships with its clients, expanded into new areas and increased its brand awareness and reputation - thus proving the significance of creating a community spirit within your business environment. Of course, communities can be built through alternative routes like hosting monthly webinars or sending proactive customer success engagements, but as we know from the conference nothing beats being in-person.

10. The media intelligence community has a sweet tooth!‍

During the lead-up to the conference, we were given an opportunity to put an item in FIBEP’s congress bags that would be given to all attendees. Naturally, we decided to go with branded MediaHQ chocolate bars. The bags were given out to attendees on Thursday afternoon and proved to be a huge hit, attracting many visitors to our stand. We also purchased boxes of Lindt truffles and Nakd bars for the stand in the lead-up to the conference, but they had to be restocked every morning due to their popularity. So, if you only have one takeaway from this blog post let it be this - make sure to have chocolate at your stand!

The comprehensive MediaHQ database lists the details of over 60,000 journalists and media outlets across Ireland and the UK and is full of time-saving features.