Are your media lists out of date and bouncing? here’s what to do 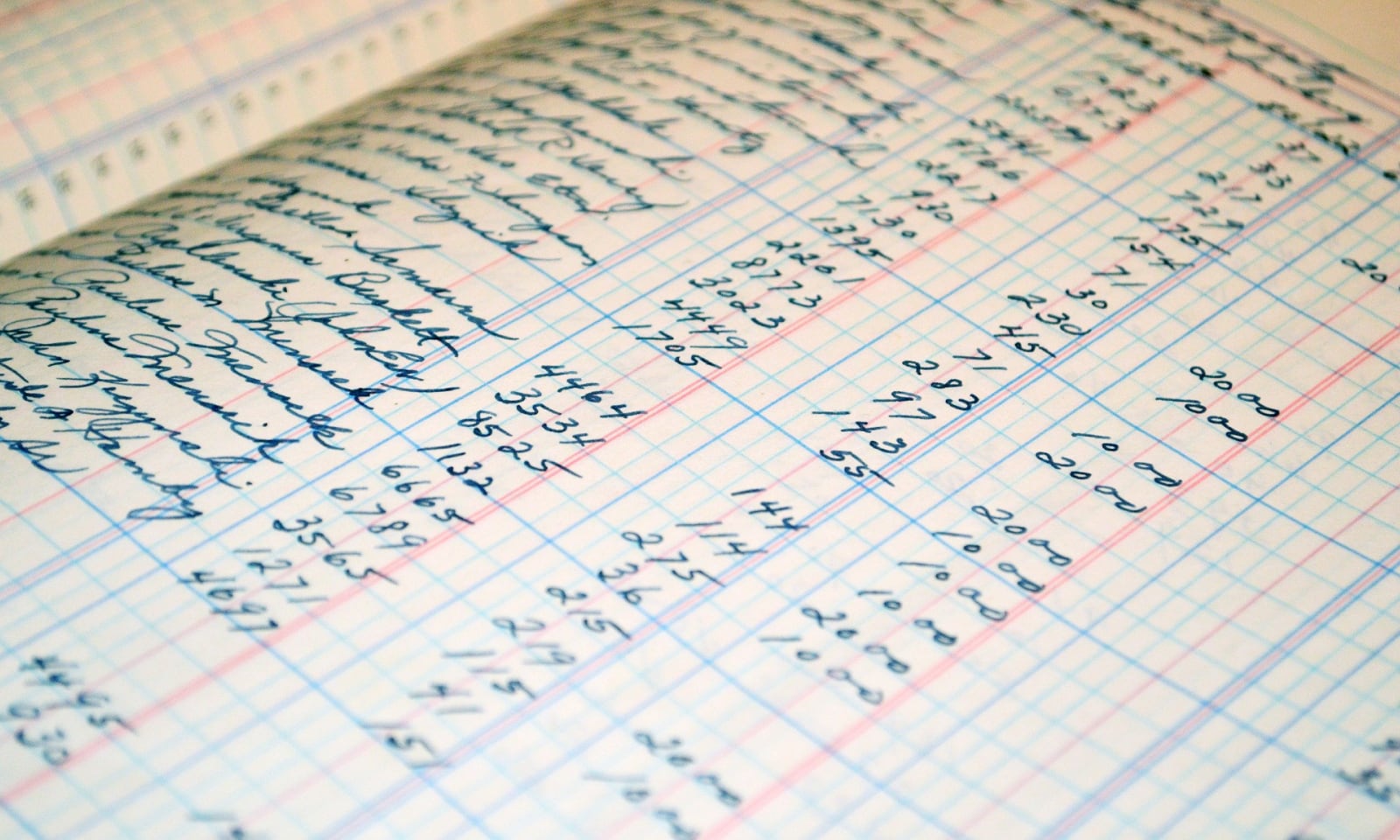 It’s a hectic Friday afternoon, you have that all-important press release to send out to journalists. You probably have a selection of media lists that you have meticulously built from scratch. If you’ve been really good over time, you may have edited them from time to time! When you heard an update two months ago, you probably added or removed a contact. Oops, no you didn’t! You had thought you would do it but alas, you never got around to doing it. Now, reality sinks in…

Curating your media lists is one of those unavoidable and tedious tasks which comes with a career in PR. Like a sink full of dishes or a stack of laundry it just has to be done.

However, if you are manually creating your media lists,  it’s a long enough process to create one, let alone multiple specifically targeted lists. Between gathering contact details, ensuring you have the correct permissions and finding the best way to store them for use while sending out releases the whole process is a major drain on your time and energy.Imagine if you could build a ‘live’ media list in seconds by using a few key search terms and you would have all the up to date changes and moves with no bounces. How can you do it? Well, it’s time to kick up your PR skills a notch or two so keep reading.

Just as a tree falls in the woods with no one to hear it make a sound, content is only great if there are people to enjoy it and share it. So, before you write the perfect press release or pitch and start your outreach, you must be sure to have a rock-solid media list.

Instead of throwing your pitch into the great black unknown, you want to lob it directly to the person that writes about that specific topic, at the right time, using means most likely to get their attention.

While this strategy is a basic PR 101 tactic that everyone in public relations knows, the entire process is thrown off track if the first part–pitching to the right person–is out of alignment.
However, If you have access to a media contacts database like MediaHQ, things will be a little easier to organise. No access to a media database? Do not fear too much: you just need to be sure you have a stellar spreadsheet ready to go and put your research hat on–the majority of the following tips might still apply!

As you already know, media lists can be tedious. Left to their own devices, they can sprawl into huge, unwieldy tools that are often more trouble than they’re worth. For a PR expert, an unchecked media list can spell disaster.

The best defence against the media list catastrophe is a live list. A live list involves making a new list for every new release you send, instead of relying on old premade lists. Unfortunately, some PR pro’s baulk at live lists because they demand extra effort. However, this simply isn’t the case–in fact, relying on premade lists might be what’s costing you in the long run.
Remember, the media is always changing.

The media isn’t static. This is especially true in the age of social media, where news travels quickly and at all hours. Every day, new publications surface, journalists, jump ship and newsrooms turn on their heads. A media list that hasn’t been updated in a week is already outdated. A media list that’s been abandoned for a month is practically prehistoric and belongs in a museum.
Your best bet would be to subscribe to companies that run media contacts databases.

A top-notch media database will have live media lists on a range of topics. All you have to do is copy over the list and edit as you see fit. A big advantage of using this approach is the list may have journalists in it that you might not have thought of, widening your reach and increasing the likelihood of your story getting picked up.

It is important to organise your media lists into a database such as an excel document, with separate columns for the name of the media outlet, contact person, job title, email address, and phone number.

It is also a good idea to categorise your media list into different sections for the type of media outlet. For example, you could create a section with your political contacts and a separate section for your business contacts.

Keeping your information well organised will mean you are able to easily digest the information, and locate information quickly.
If your information is not organised, you run the risk of creating a ‘blanket’ pitch. Journalists really don’t like it when their inbox is filled with irrelevant press releases. It’s a waste of their time, your time and your client’s time. This may not be intentional on your end, especially if you’re just working off of the one list. However, this just means that different kinds of journalists are all going to receive the same press release. Some of them may be interested, others may ask “why in f…’s name are they getting this?”.

Blanket campaigns really do not work. You need to target a specific audience with your releases and tailor it towards that group, even if it means cutting a lot of your contacts off of that list. The simplest way to achieve this is to spend an afternoon creating specific lists for the different contacts that you have. As mentioned beforehand, separate the political journos from the gossip columnists and give yourself a nice, organised database of specified media lists, rather than the jumbled mess you may have been used to.

Look after those bounces

Are you getting a huge bounce rate every time you send out a press release? Chances are the majority of those contacts are no longer working in the same job, are completely irrelevant to your release and depending on how long you’ve had the media list, some might be dead. Yes, you heard that right–dead!
On the other hand, there are a couple of different reasons why you may see a press release bouncing. It could be something as simple as the recipient’s inbox is full or a server issue on their end. For instance, when it is a MediaHQ contact, these are the two most likely reasons you will see a bounce back. The research team diligently monitors the bounce backs we see on any MediaHQ contact, so if there is an issue we are most likely already on top of it.

To look after your bounces, you have to conduct regular research calls/email campaigns to check whether the journalists on your media lists are still actually working where you think they are. This way, you will slowly whittle away those who have left the business and end up with a clean database of solid contacts for your releases.
Although it may add to your probably already hectic day, it’s good practice to keep this up and will benefit your own clients. Their stories will go and be read by the right people, not flung back to you by newspaper email servers!

t’s easy to fall into the trap of thinking that ignoring your media lists saves time–it’s not. Every pitch has to be tailored to suit each contact. If you haven’t updated your list recently, you’re going to have to wade through a slew of superfluous contacts. Instead of wasting time tailoring unnecessary pitches, spend time renovating your media lists. Remember, a good media list is about quality, not quantity. Concision is key.

For PR pros, this means that you will need to take time to get in contact with the journalists on your media lists. However, don’t view this as a hindrance or time-wasting. This is the perfect opportunity to create a better connection between you and the journalists who may be interested in your future releases. Be a familiar voice within their working week, not just the person behind the occasional email. This will boost your chances of your story being picked up and also give you peace of mind when it comes to being GDPR compliant. Here at MediaHQ, we are already on top of this. We contact journalists listed in our database on a regular basis in order to update their system and make sure they’re still happy to be listed.

So there you have it, ignoring your media lists won’t save you time at all.

The GDPR gods are awake–be wary not to cross their path for they’re always on the lookout.
GDPR has changed the way in which we manage data forever. No longer is spamming journalists’ inboxes common practice as you’re to be held accountable for the data which you are using. You must now know where you’re obtaining that data from, how you’re using it, why you are using it and then prove that you are storing it in a secure manner. Pretty heavy stuff right?

A bad media list isn’t just going to irritate journalists, it’s also going to put you on the wrong side of the law. The easiest way to avoid the wrath of GDPR gods is to keep your media lists updated. If you use lists that are up to date, your contacts should only receive releases that genuinely interest them. When every press release is relevant and compelling, there’s no reason for anyone to complain.

Use the right media lists to shine your light.

Before you start pitching your story, you should have a blueprint containing a well-organised and highly targeted media list. Once you develop an immaculate list, and you may have more than one, you should craft and start building your tailored pitch(es). Keep in mind that each list should be accompanied by a unique pitch and always consider the audience you’re trying to reach. The last thing to remember is that journalists are busy people just like you, so be mindful of their time and then all you have to do is wow them with your incredible offer–and happy pitching!