How to write and send a press release 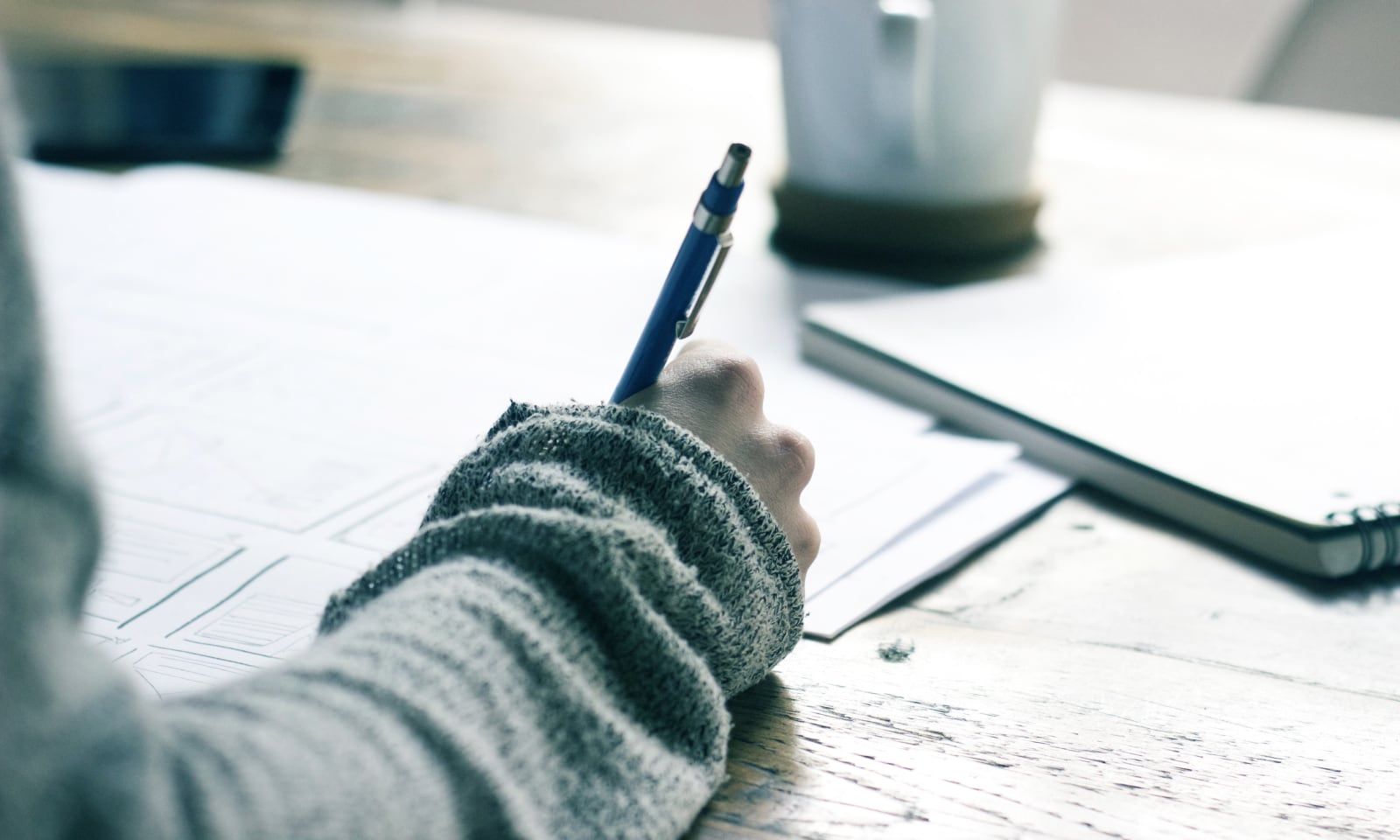 How do you write a press release? Read our guide below on how to write an expert press release that gets you media coverage.

What is a press release?

A press release is an official statement sent out to those who work in the media about an event or announcement intended for public release. The aim of a press release is to get a story covered in the media, whether that be local, national or specialist outlets.Writing a press release may seem like a simple task, but getting the right form and structure and having a deep understanding of how journalists’ work can improve both your media relations and media coverage. Getting a press release right will allow you to stand out among a sea of emails in a journalists’ inbox and build trust and reliability between your press team and your media contacts.

The purpose of a press release is to promote something, make the news and generate publicity. Simply put, a press release is intended to get people to act in a certain way towards your story. Press releases can be an important aid when launching a business or new venture, when your company has achieved something of note or if your business makes an impact that demands to be shared.There are many purposes for press releases and many companies share them each day in order to increase awareness of their brand or to share stories that are deemed newsworthy. A press release can be used effectively as a marketing tool if done right, not only spreading awareness of an event, but promoting it and increasing business for your company. Knowing your target audience and keeping them in mind during the writing process can quickly lead to improved sales, website visits and more.

How to write a press release and what to include

There are many aspects of communications and making the news that rely on a well written press release. Media relations are a key element of work as a PR professional and one small way of improving and growing media relations is to ensure that your press release is written and formatted in a way that is easy for a journalist to create a story from it. Here are some important things to consider including when writing a press release:

It is important to answer these five questions in the opening paragraph of your press release. Give the most important information at the top of the release and expand on these points in the next two paragraphs.Here are three great examples:

Sustainable Irish brand Pure Clothing Launch Fully Circular ModelYoung Mayo & Sligo based Entrepreneurs Help Fight Fast Fashion. Sustainable clothing retailer, Pure Clothing, has launched a fully circular economy, one year since the business was founded. As part of their Restore with Pure initiative, customers can return any product that is damaged or has reached the end of its life cycle for a free repair or upcycle.

Women to get new support for challenges exacerbated by Covid-19 pandemic as Labyrinth Project launchedFrom April, women and women’s organisations in eight areas will be able to get much needed additional support to navigate the challenges they face including on violence against women and girls, legal issues, debt/finance and getting back into employment.

Get on your bike at Pedalpalooza Dublin!Dublin City Council proudly presents Pedalpalooza, a FREE multi-activity cycling event for all, taking place Sunday 12th of September from 1 pm to 5 pm in Fairview Park. Pedalpalooza aims to celebrate and promote the benefits of cycling through workshops, entertaining talks and fun activities, and takes place as part of National Bike Week.QuotationsWhen writing a press release about an event or issue, it is helpful to include some quotes from a speaker or relevant spokesperson on the matter. Including quotes makes it easy for the journalist to write a well-rounded piece and more importantly, allows you to frame the story in a way that works for your narrative. Having a direct quote from a trustworthy spokesperson encourages transparency and trust from the audience. Here are three examples of great quotes from MediaHQ users:1. “I love the seasonal variety and ever-changing colour palette of my homegrown flowers and foliage. All my flowers are natural, sustainable, and wildlife-friendly. During the spring and summer months, my garden is full of open garden events and fresh flowers for collection or local delivery. It is a quieter time in the garden during the winter, but the work doesn’t stop.” - Fiona Porter, Owner of Cotswold Country FlowersSender: IPR Communications2. “My belief is that further and higher education is for everyone and our mission as a Department is to make sure that no-one is left behind.” - Simon Harris T.D.Sender: NUIG3. “After such extraordinary competitions and exhibitions in 2020, Zurich are delighted to see another impressive selection of works in this year’s shortlist. The Zurich Portrait Prize and Zurich Young Portrait Prize exhibitions are a highlight of the cultural calendar and we are very proud to continue to sponsor these competitions and to support Irish talent of all ages, now more than ever.” - Neil Freshwater, CEO of ZurichSender: National Gallery of Ireland

When writing a press release, an important element to include is an invitation to contact your press team if a journalist has further questions on your story. It is essential to keep a press release short and to the point, sticking to mostly relevant information. If a journalist needs more information or would like to flesh out a story, it is key that they have clear contact details.Press picturesImages should be included at the bottom of a press release and attached separately. They should be of high quality and reflect and add to your story. Here are some examples of great images that accompanied press releases sent out via MediaHQ:

How to write a press release

The structure of your press release is incredibly important and can determine whether or not your story gets picked up. Your release should be written with a key structure in mind which has a stand-out headline and opening line, is easy to read and provides the necessary information.

Start with a headline

A great press release starts with a great headline and stands out from the get go. For your press release to stand out in a journalist’s inbox, the subject has to stand out and catch their attention. Try to highlight the main purpose of the story while using stand-out words that catch the eye.Some examples of great headlines from MediaHQ users:1. ‘Dublin teenager sings to 16 million’This headline from Media Consult gives the main information of the press release and includes the most attention grabbing part of the story as the headline. The press release delves further into the context but the headline stands out and can be translated directly to a newspaper headline.2. ‘Duncan James Dazzles In Corset & Stilettos’This headline from The Strand Photography Gallery Limited uses visual imagery and alliteration to stand out and immediately captures the imagination of the reader.3. ‘Donal Skehan and Nico Reynolds star in new foodie film set in West Cork’This headline from The National Dairy Council stands out, opening the press release with the names of those starring in a new film, and giving some context and the location. It provides enough information and focuses on the key stars of the press release to draw in the reader.

Highlight the news at the top of the release

A journalist will only read your press release all the way through if they think that it is newsworthy enough to cover. If your key news feature is buried within the article, chances are that it won’t be covered. Ensure that your news is front and center of the piece and mention it in the first sentence.

As journalists write multiple articles per day, it is good practice to write your press release as if it were a news article. Important information should make up the opening paragraph, with details fleshed out further down the release. News editors cut from the bottom up, so including the main points at the start of your press release is essential.

Keep your press release short and sweet. Instead of including every little detail, make sure to include the important newsworthy points, quotes and images if relevant, and contact information for the journalist to follow up with. It is far more likely that a journalist will read and cover your piece if it is brief and to the point.

How to structure a press release

The layout of a press release is just as important as the content of it. It should be easy to read and have the relevant information in the right places. This makes it easier for a journalist to turn your release into a story. Here is an example of a press release layout.Title: Press Release/Media ReleaseDate: Day/Month/YearHeadline: Include your headline at the top of your press releaseWhen: When it is happening if it's an eventFirst sentence: Expand on headline and give highly relevant information: Location, relevant persons involved etcFirst paragraph: Include most relevant informationSecond & Third paragraphs: Include quotes, information that backs up your story and any other information that contributes to the storyRelevant images: Here, include any imagery that relates to the storyContact details: Include contact details and offer more information if requiredEnds

How to distribute a press release

Press release distribution can be the key element in getting your story to make the news. When your story gets good coverage in the press, it can lead to increased revenue, higher website traffic and more public awareness. A PR distribution tool can be a cost-effective way to keep your company in the public eye and help you to tell stories that matter. It allows you to distribute your story to online, national, regional and specialist outlets and to as many or as few journalists as you need to get your desired coverage. Read more here on how to choose the right PR tools to get more media coverage.

https://vimeo.com/518667233Press release distribution comes with many benefits including increased awareness of your company, products and services. Here are some further benefits of sending out a press release:

Here is a checklist of the key things to consider when writing and distributing a press release:

If you answered yes to these questions, you are ready to send a newsworthy press release.More about Ciara ByrneCiara is a Research Executive at MediaHQ. Ciara has a degree in Media and English from DCU and has been working with MediaHQ since graduating in 2019.Connect on LinkedInFollow MediaHQTwitterLinkedIn