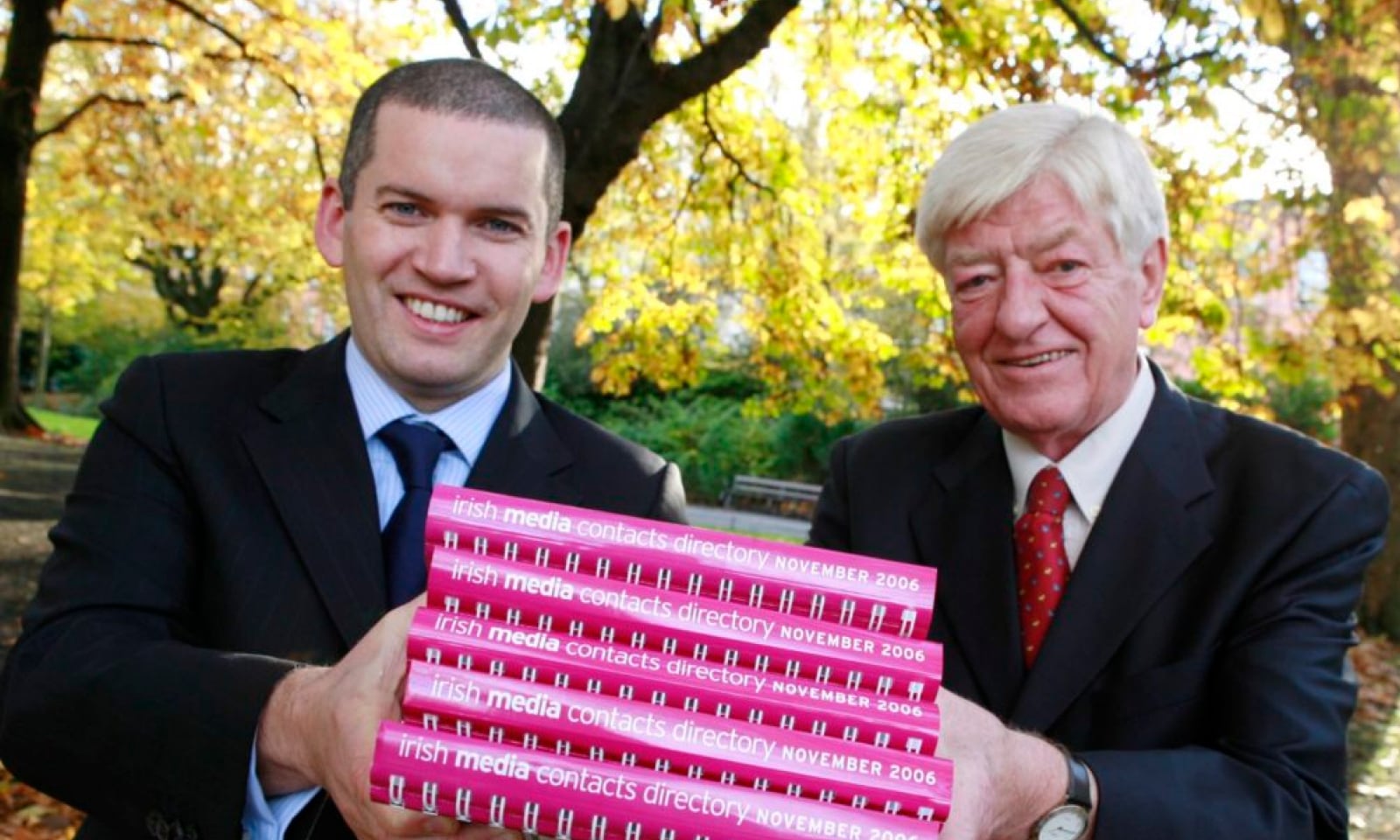 It was with great sadness that I learned on Saturday evening of the passing of Mike Burns. Mike was a kind, friendly and astute  man who had a huge affect on my life. I first met Mike in late 1998 in Government Buildings at a Christmas drinks reception. I had just taken over as Press Officer for the Progressive Democrats. I was introduced to Mike by a colleague  who said he was a very important person to know. I quickly realised why. Mike was easy company. He was affable, a great storyteller and knew everybody that mattered. He was also, like me, from the west of Ireland. One of the unheralded strings to his bow was that he played minor football for Roscommon. We made a very fast connection. I realised some time later that was his gift - he could find common ground with anyone and was very encouraging, positive and helpful - especially to young people. When we first met I was just 25 years old and a complete greenhorn . Mike was in his early 60s then and had a lifetime of achievement. Despite that he listened to me, was encouraging and always offered help. He didn’t have to, that was just his way. I will never forget it. Mike was very much his own man and did things on his own terms.  At that time he was the PR person on the British Irish Inter parliamentary body, and the publisher of the Irish Media Contacts Directory. After a decorated career in journalism - this was his second act, and it was impressive. He started the Directory in 1991 with his wife Lynette Fegan, who predeceased him in 2001. It was widely regarded as the “Bible” when it came to media contacts in Ireland. Like all great things it was started with an EU grant. Mike was asked to pull together a pamphlet listing media contacts for a number of candidates running for the European parliament elections. In the pre internet days the 8-page leaflet fast became very popular, and soon grew into a very large spiral bound directory of media contacts.

In the days after our first meeting he gave me my first copy of the Directory for free. I was instantly hooked. I loved the layout, and Mike’s attention to detail. It had a distinct personality and if you worked in PR you had to have it on your desk. I approached Mike in the summer of 2005 and asked if he would be interested in selling the directory business to me. He was a decisive person and we came to a quick understanding – when he retired a year later I would be given first refusal to purchase the directory. Mike was independent minded and favoured the project in the hands of someone similar, and not a large media corporation. Over the years he told me he’d been approached by many large media companies to buy the title but he refused them all. Early in the summer of 2006 we reconvened our conversation and agreed a deal. I will always be grateful he put his faith in me to take the project on. In April of this year it will be 30 years since Mike first published the Irish Media Contacts Directory. Just a few weeks ago I gave a presentation to the MediaHQ team to explain  who Mike Burns was and how his ingenuity created Ireland’s first media directory, and set us on our journey to help PR people to find journalists and make the news. I went to the RTÉ archives and found footage of Mike interviewing Mick Jagger on his arrival in Dublin in 1965 for a Rolling Stones Concert. Mike was in full flow slagging Jagger about his haircut. To say my team of twenty somethings were agog is an understatement. Rest in Peace Mike.