My life in PR, this much I know - andrew smith 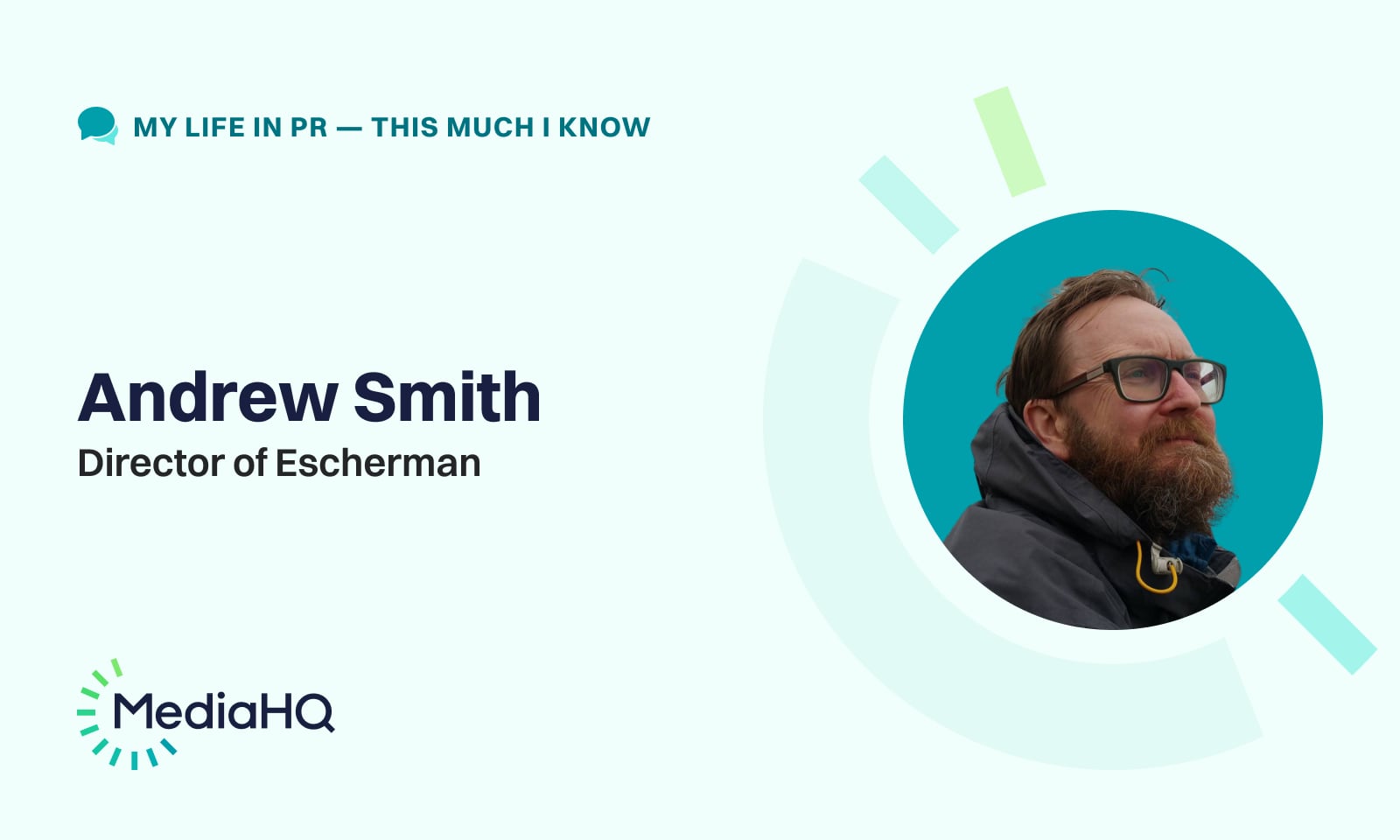 My Life in PR – This Much I Know, is an interview series that talks to PR professionals about their career journey and what they’ve learned along the way. From the innovation that they wish they had invented, to their favourite books and mentors who have left a lasting impact. This series covers more than just career advice and takes a look at the person behind the title. Andrew Smith is the Director of Escherman, a social media, analytics and SEO consultancy with a difference. Andrew graduated with a Masters degree in Philosophy and English Literature from the University of Edinburgh and began his career at Retail Newsagent Magazine. He moved on to begin working in PR in 1988 as an Account Executive at Harrison Sadler Limited. Andrew has spent his career working in different PR roles and in 2008, he became Director of Escherman, which is a digital communications consultancy for marketing directors, managers, in-house PR departments and PR agencies. Andrew was also appointed Chair of the AI in PR panel at the CIPR in September 2021.

I grew up in the North East of Scotland (near Aberdeen). My father was a newsagent. I grew up surrounded by newspaper headlines every day. While studying Philosophy and English Literature at the University of Edinburgh, I worked on the student newspaper and got a taste for journalism.After I graduated, I must have sent off 100 job applications with no luck. The one for an editorial assistant post on the Retail Newsagent Tobacconist and Confectioner – or the ‘sweetie and fags weekly’ as it was affectionately known – was the final roll of the dice. I got an interview and headed down to London with my clippings portfolio but when I got there they said ‘your father is  a newsagent - tell us more’. My career in journalism started at the RNTC two weeks after that in 1985. At the time, I thought PR stood for proportional representation. Over time, I realised that PR people were the ones sending me press releases and inviting me to press events. I thought, how hard could that be? I started my PR career as an account exec in 1988. Within five minutes, I realised there was a lot more to PR than writing a press release. But 30+ years later, I'm still working to help PR professionals everywhere get more value from digital communications.

The value of saying no.

Anyone starting out in PR today (and who wants to have a long term career) has to have a very clear idea of what PR work will still be left for human beings to do over the next 20 years. AI and tech will continue to replace much of the traditional work done by PRs. Having said that, humans will still be very much needed. Understanding the characteristics of highly valuable PR skills that won't get replaced by machines will determine whether you have a meaningful career or a McPR job.

What are the biggest lessons that you have learned throughout your career?

Never make assumptions. Technology continues to change rapidly, but human psychology is the same as it was 10,000 years ago.

Name three principles that you hold dear when it comes to your PR work?

Persuade organisations everywhere to stop spending as much as they do on digital display advertising and redirect some of that money into PR.

What are your top 3 media relations tips?

No day is the same (or is that a curse? May you live in interesting times...).

My old colleague Stephen Waddington of Wadds Inc. A one man advocacy machine for best practice and ethics in the PR industry.

Who was your first boss in a media-related job and what did you learn from them?

My first boss in journalism was my News Editor, Roy Grant. He was an ex-Fleet Street veteran. He edited my copy ruthlessly and taught me what journalists look for in a story, which was helpful when I moved into PR.