My life in PR, this much I know - paul o'kane 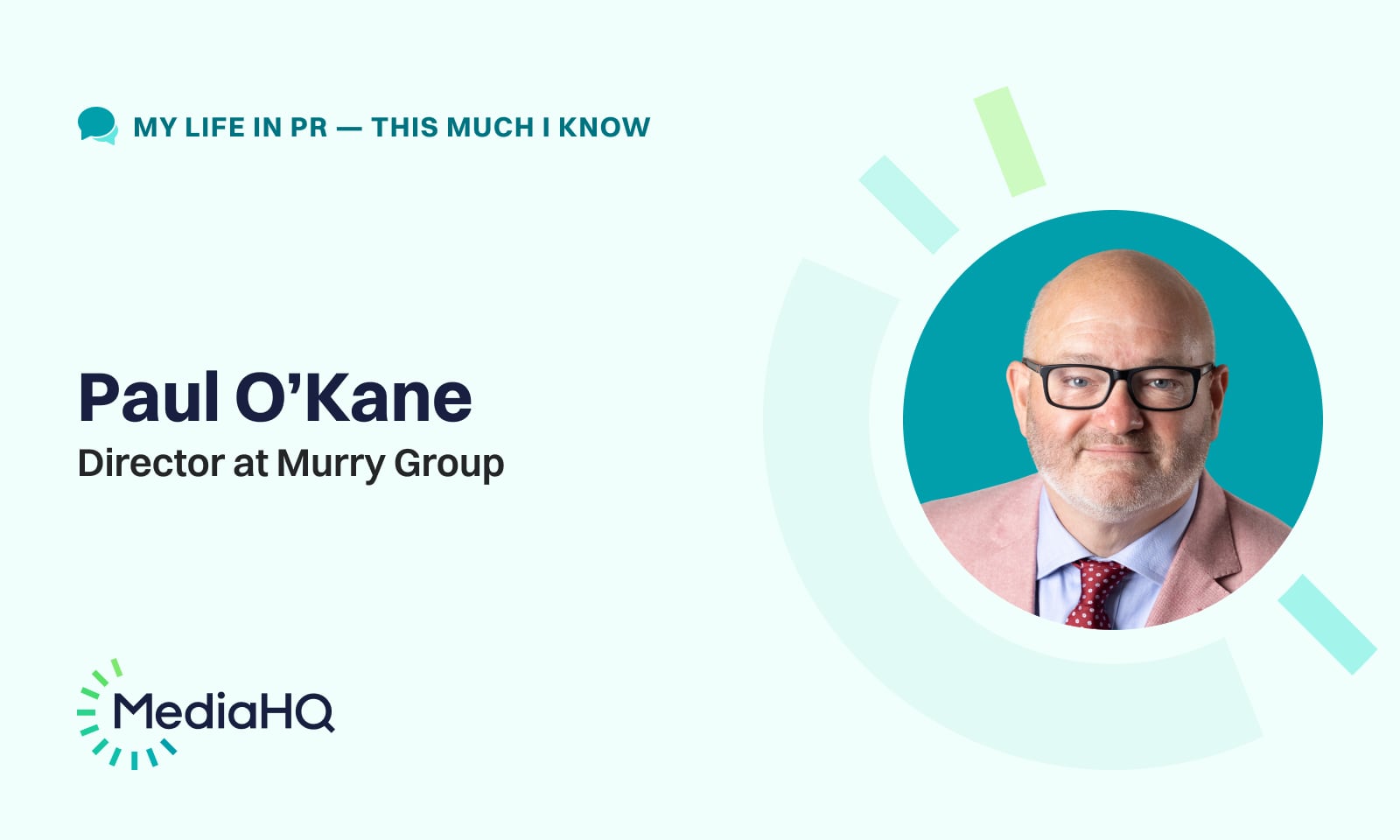 My Life in PR, This Much I Know, is an interview series that talks to PR professionals about their career journey and what they’ve learned along the way. From their favourite books, mentors who have left a lasting impact and the innovation that they wish they had invented, this series covers more than just career advice and takes a look at the person behind the title. Paul O’Kane is the Director of Murray Group, a strategic communications partner of Irish businesses and organisations. Formerly holding the position of Chief Communications Officer at Dublin Airport Authority, Paul began his career in the realm of journalism. Paul has a Masters in Journalism from DCU and worked as a freelance journalist, Business Reporter for the Irish Times and Business Editor of the Sunday Tribune in his early career. He then decided to make the move to the world of PR and communications in 2013. Paul talks below about the one thing he couldn’t live without, why he decided to follow a career in journalism and the piece of advice that he would give to anyone starting their career in communications.

One Two Three Four: The Beatles in Time by Craig Brown

I decided I wanted to be a reporter when I was about 7. Oddly, I can't remember exactly why, but I was never really interested in doing anything else.

Every day is a school day - you never stop learning.

There's a story at the heart of it - what's that story and what's the best way to tell it.

What are the 3 biggest lessons that you have learned throughout your career?

Name three principles that you hold dear when it comes to your PR work?

I think that we should collectively pivot linguistically and make a real effort going forward to consign buzzwords and unnecessary jargon to the dustbin of history. That's the type of disruptive innovation that I could really get behind - 110%.

I like being able to help the people I work with to tell their stories in a simple, engaging, and compelling way.

I think Tony Connelly does a really excellent job as RTÉ's Europe Correspondent and has been a brilliant news reporter there for many years. He has been a rock of common sense reporting the many Brexit-related machinations of the past few years and cuts through a lot of the bluff and bluster to get to the heart of the story.

Who was your first boss in a media-related job and what did you learn from them?

When I joined The Gown, which is the student newspaper at Queen's in Belfast, in 1987, its then editor Ronan Henry showed me how to write a news intro in my first week. I was utterly clueless and it was an essential grounding for a skill I subsequently honed and have used for the past 30 years. I still think a good intro is a thing of beauty.More about Paul O'KaneLinkedin: www.linkedin.com/in/paulokaneTwitter: @ pmokane‍