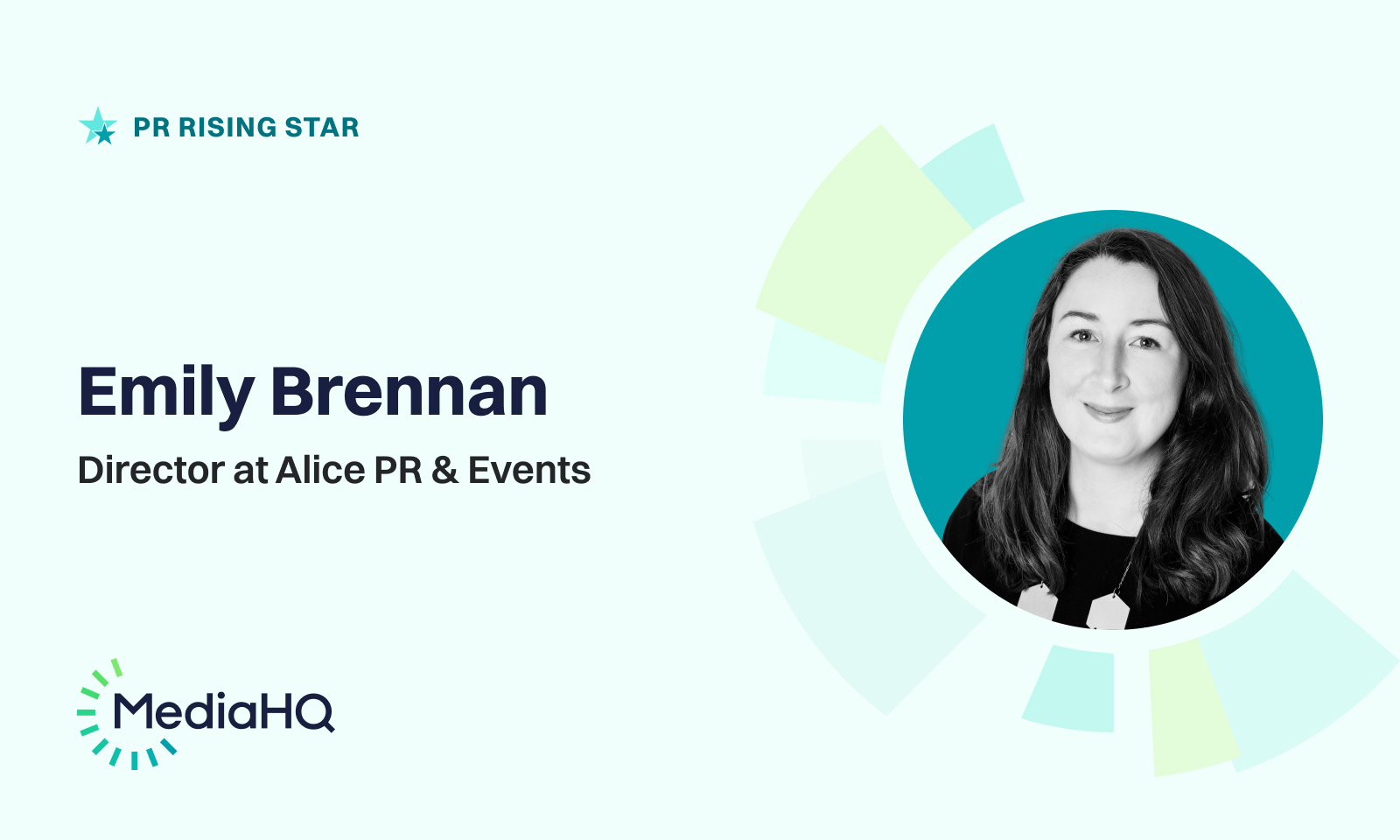 Emily Brennan is an Account Director at Alice PR & Events. Emily studied History and German in UCD, graduating in 2012 and moving to Germany for a year. After this, she decided to change career paths and began working as an Account Executive and later an Account Manager at DHR Communications.

From here, Emily moved to Alice PR in 2016, where she began as an Account Manager. Emily is currently an Account Director at the company. In this piece, Emily delves into her favourite thing about working in the PR industry and gives her trend predictions for the future of the industry.

I more so fell into a career in PR as opposed to actively following it, but I'm very glad I did. I did History and German in college, and moved to Germany for a year after I graduated. I was a bit lost career-wise but had a strong sense that I wanted to explore career options in communications or media.

I was fortunate enough to already know Alice PR Managing Director Martina Quinn, who was Executive Director of DHR Communications at the time and thanks to her I did a summer internship. I started the internship with very little knowledge of PR but I fell in love with it and found my feet. It was meant to be a short internship to give me a flavour of PR, but the rest, as they say...

The people. I'm in a very lucky position of counting my colleagues as friends, so getting to work with brilliant people every day is a privilege, and then working with and learning from the fascinating and brilliant people who are our clients is really stimulating. It’s also great to have a positive social impact through the work that we do.

I would like to contribute to PR having less of a bad rap. At Alice PR, our work is underpinned by a strong belief in the power of communications to effect positive social change. This desire to have a positive impact influences our decisions as a company, and we're very proud of the work we do.  More diversity in the industry would also be a positive change I would like to influence and contribute to.

Martina Quinn, Managing Director of Alice PR. Martina gave me a foot in the door in PR almost nine years ago and has been a brilliant boss, mentor and friend to me. She is the smartest person I know, incredibly patient (apart from when she's driving), and I count myself very lucky that I get to learn from and work alongside her every day.

Twitter. Not that I use it particularly effectively myself, but it's a useful tool to keep on top of the news, general trends, as well as keeping up to speed with members of the media to see what they're currently covering or interested in.

When I joined Alice PR in September 2016, we had just started working with the Coalition to Repeal the Eighth Amendment. Over the next two years, I worked on the campaign, which was tough, fast-paced and, obviously, incredibly important. We also managed the launch of Together for Yes which will always be a proud milestone for me and I'm very proud of the role Alice PR and I played in the campaign.

I'm proud of my work on various cultural events over the past number of years, such as Dublin Festival of History and Open House Dublin, as well as Culture Date with Dublin 8. The launch for that festival in 2017, which I managed, was the first front page photo for Alice PR and will always stick out for me as a highlight.Another standout would be event managing the first TEDx to ever take place in a prison in Ireland - TEDxMountjoy, which we organised on behalf of SOLAS, the further education and training authority.

Managing an event in a prison, with no wifi, was very interesting from a logistics perspective. The event itself was incredibly powerful thanks to the line-up of speakers and musical performances from Mountjoy's choir who collaborated with SOLAS's own workplace choir on a rendition of The Auld Triangle.

knowing your audience, and being authentic.

Anything involving the outdoors, green space, or the sea. If I had to choose one, I'd go for hiking. It's the best therapy for me and gives me a real sense of perspective.

I'm actually still reading it, but I'm very engrossed in "Love in a Time of War", by Lara Marlowe.

I think it has to be Seinfeld, I can watch it over and over. Julia Louis Dreyfuss is a genius.

With my influence - the negative connotation PR has.