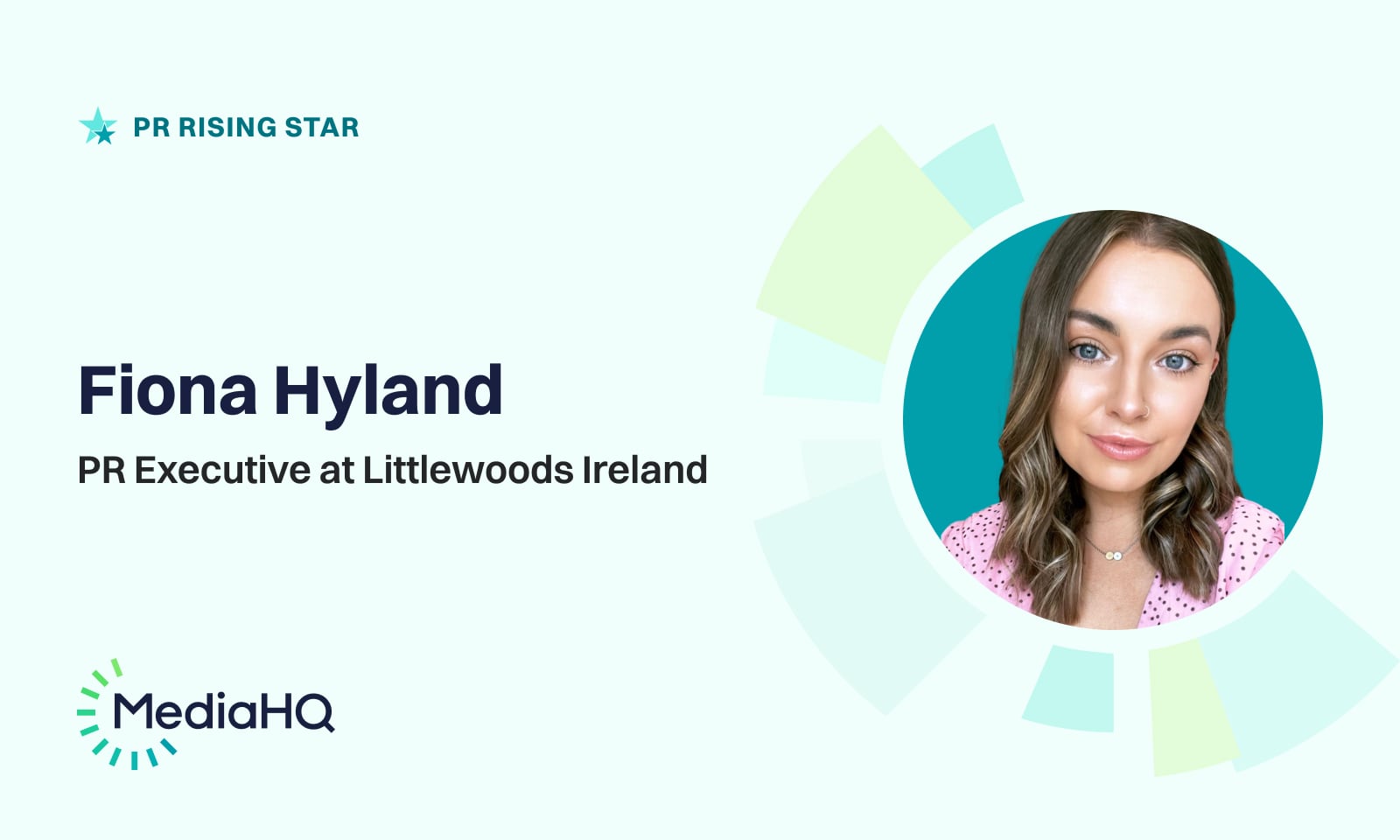 Fiona Hyland is a PR Executive at Littlewoods, Ireland's largest online department store for fashion, electronics and furniture. Fiona graduated from TU Dublin in 2016, after studying for a degree in Journalism and joined Confetti Magazine as an Editorial Assistant.

In 2017, Fiona joined House and Home Magazine as an Editorial Assistant, before moving to The Very Group where she began as a Content Specialist for Littlewoods Ireland.

In 2020, Fiona was appointed as a PR Executive for Littlewoods. In 2020, Fiona obtained a Professional Diploma in PR and Marketing Communications from UCD.

In truth, I had no idea what PR was until I started working in Littlewoods Ireland. While working in Content Marketing, my Marketing Manager at the time identified that PR was a role where I was far more suited. She felt my interpersonal skills and creativity were the perfect fit for PR and suggested I pivot into the PR team for six months to see how I felt about it. Two years later, I haven't looked back and only wish I knew about the world of PR sooner.

When I finished school in 2013, I moved from Tipperary to Dublin to study Journalism in DIT (now TU Dublin). After I graduated, I took on a number of internships which rewarded me with a full time Editorial Assistant position in one of the country's leading interiors' titles. Unfortunately due to the landscape in Irish media, I was made redundant in 2018, and knew I needed a career change.

I began working as a Content Editor for Littlewoods Ireland's in-house marketing team, however after just two years, my Marketing Manager Catherine O’Toole felt my skillset was far more suited to PR. Last year, I graduated from UCD with a distinction diploma in PR and Marketing Communications which has helped me to gain more responsibility in my current role.

My favourite thing about working in PR is definitely the people. I always say that PR is the career path for those people in school who always got moved for talking to the person next to them! I love meeting new people, working with creatives and building relationships with journalists and influencers. A close second is creating beautiful experiences. Whether it's a bespoke gift drop, or hosting a stunning event, I love to see people having a great time - as stressful as it may be at the time, it all works out in the end!

I would love to see more visibility for PR as a career from a younger age. Had I known what PR was when I was filling out my CAO form in secondary school, I'd have strongly considered studying marketing in college. However, I also feel that marketing courses could highlight the PR function more. I've managed a handful of interns who study marketing and most of them know nothing about PR before they start, but when they leave they're strongly considering a career in PR.

Karen Fitzpatrick, PR and Sponsorship Manager at Littlewoods Ireland, has massively influenced my career. Not only has she taught me so much about the profession, but she truly champions my work and puts me forward for opportunities I never thought I'd get.

MediaHQ has massively transformed how we showcase our press releases. I issue a weekly look of the week, and the functionality to be able to split our media lists has been life changing! As an online retailer with a huge range of products from fashion to tech and everything in between, MediaHQ has made it so much easier to target the press with comms that are relevant to them.

Last year I led my first CSR campaign, with the Irish Charity 'Cyber Safe'. This was the first full PR campaign I managed from start to finish which included a press release, a full social media plan, Influencer content, media interviews and internal PR to engage my colleagues. The campaign, which focused on a 24 hour digital detox was a huge success and really gave me an insight into working on a tight budget to really amplify a campaign. I used true PR tactics and relied heavily on using existing relationships to get the most coverage for the initiative.

bringing your audience on the journey. Create a beginning, a middle and an end that tells a well-crafted, interesting and engaging story.

Twitter is the most important social media platform to me. When a news story is going to break, it's going to break on Twitter. But I also think it's a "look at this" platform, rather than a "look at me" platform, where conversations on topics you might not usually have within your own circles are had; viewpoints and perceptions are challenged and it opens you up to people who have had different life experiences to you. It's also hilarious, and amazing for pop culture moments such as Love Island or high-profile celebrity drama.

I think larger email blasts will begin to die out, in favour of more targeted releases and exclusive opportunities. Through social media, journalists and PRs are more connected than ever, so building relationships where you might be able to call in a favour, or land an exclusive has never been easier.