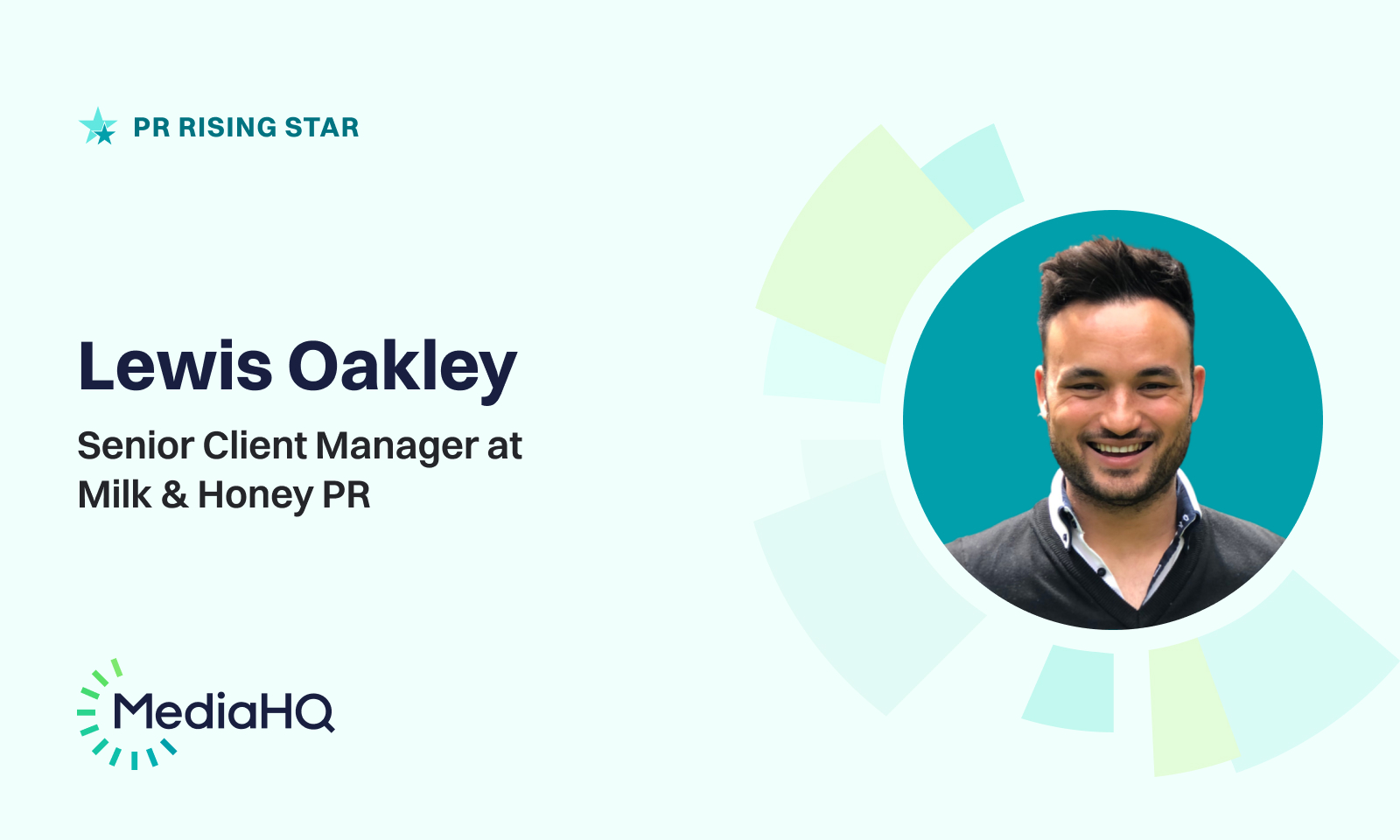 Lewis Oakley is a Senior Client Manager at Milk & Honey PR. Lewis spent three months in 2014 working as an apprentice at Bright Young Thing, where he got a crash course in the world of PR.

Since then, Lewis has worked as a Junior Broadcast PR Consultant for Shout! Communications, a Senior Digital Executive at 72Point and an Account Manager at Red Havas. Currently, Lewis is a Senior Client Manager at Milk & Honey PR.

I always knew that I wanted to be involved in the media space. At one point I thought of journalism but I realised that the stories that brands tell can sometimes be more powerful.

I studied at university but really struggled once graduating. I had to work in a restaurant until finally I was able to get an internship at a top PR agency. Although that wasn't the end of the story. After the internship, it took months to land my first full time role in PR. Looking back now, I haven't a clue how I afforded it. The world is even more expensive now, especially in London. We do need to make the PR industry as accessible as possible and take into consideration the expensive points of entry.

I love the people. I really think we have some of the best people working in PR. It's energising and leads to some inspired ideas.

I would love to make Public Relations a more diverse industry. Not just in the traditional sense, but recruiting and crucially retaining people of every diversity. Then utilising that talent to diversify everything we can do as an industry and everything we can achieve.

Kirsty Leighton, Founder of Milk & Honey PR. I met Kirsty at a time when I was ready to give up on PR. She re-energised me and gave me the opportunity to evolve and grow. She also has grown an agency that is a true inspiration to the industry and an example of doing things right.

Twitter. It really is a great way to connect with journalists. It was especially useful during the pandemic when journalists weren't at their desks in the traditional sense.

There are so many that I've worked on over the years that I'm really proud of. However, there is one in particular that stands out in my mind. A few years ago, I placed a story for a client in a prominent national title detailing how to perform the heimlich manoeuvre on yourself.

A few days later and the story appeared again, this time because a reader had read the article and then over the weekend, choked and needed to perform it on himself. So never let anyone tell you that PR can't save a life.

I actually co-host a podcast, Bisexual Brunch, which has fast become a chart topping LGBT podcast around the world. I've done a lot of work around removing some of the stigma bisexuals face but the podcast is such a unique world that we have created.

It's lovely to be able to chat with other bisexuals about the issues impacting us.

My Magical Mermaid - it is the book I read my one year old daughter every night and she loves it! It has become a staple of bedtime.

And Just Like That…- it's awful but you just can't stop yourself watching it. I also feel it's united many in condemnation of it, it's always nice to see people coming together.

Twitter has really removed some of the barriers between PR and journalists - especially over the pandemic.

Calling journalists on the telephone. I know us oldies don't want to hear it but the pandemic changed things. Very few journalists were answering their phones and the industry evolved. People are sliding into DM's to pitch now and I wouldn't be surprised if people start pitching through dance moves on TikTok in the future. Let's get creative.