Saying goodbye to our dog maxi 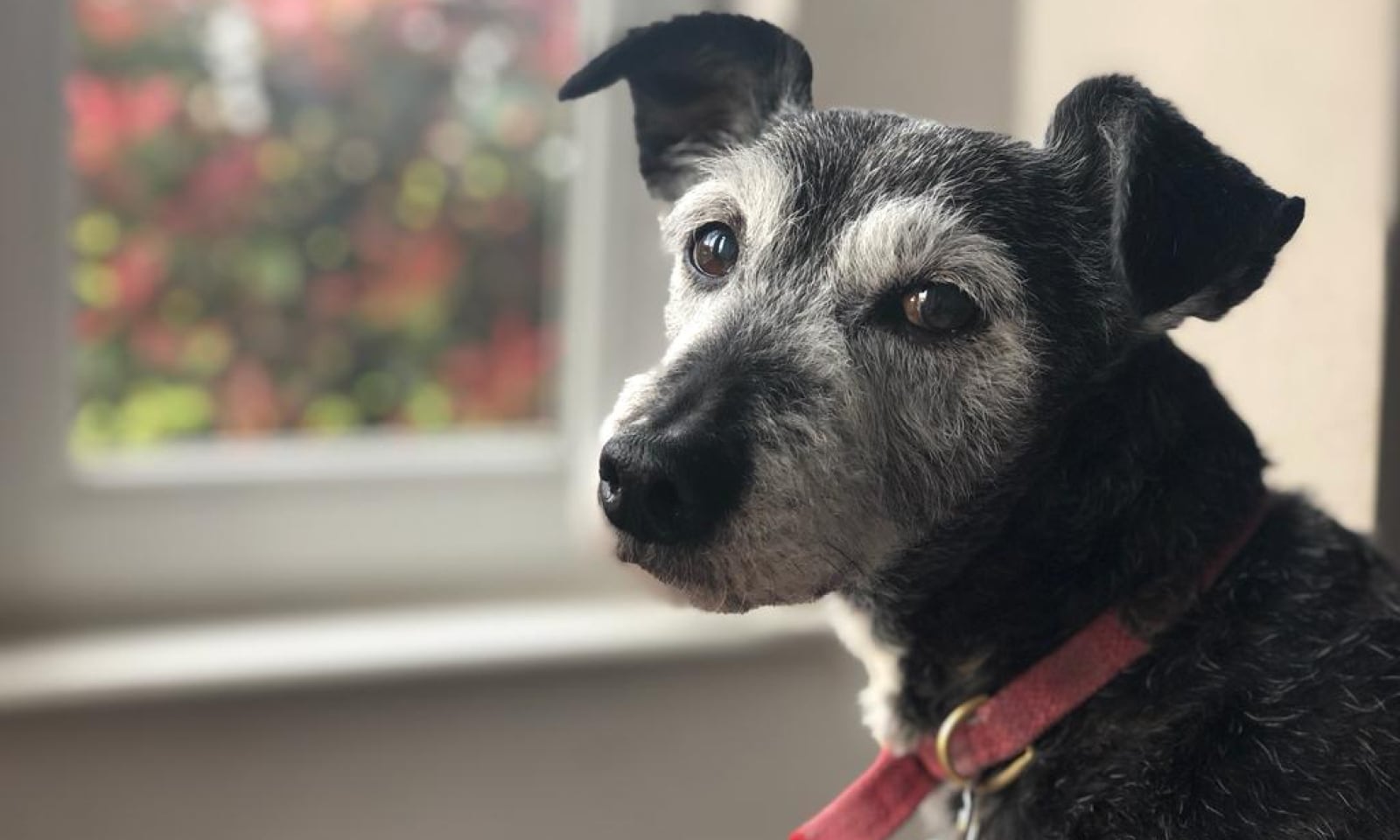 On Monday, our family dog Maxi Lopez made his final journey to the vet after a few weeks of illness. To say that we are all devastated is an understatement. He was just 10 days shy of his 16th birthday and has been with our family since June 9th 2006. He was the heartbeat of our house, and a companion to many people who worked in MediaHQ over the years.

Back in 2006, my wife and I had been going through a very difficult time trying to start a family and went through the trauma of a late pregnancy loss.In the sadness and grief, my wife had the presence of mind to know that a dog would be the best thing for us. Unbeknownst to me, she called a family friend with a veterinary practice and expressed an interest in homing a dog if one became available. Three days later he called to say that someone had found a lost puppy in a local park. She was worried about what I’d say and the first I knew about the new dog plan was when she called and said “The vet called and said he might have a dog for us.” I replied “Why would the vet have a dog for us?” I was determined to go on spec - not wanting to disturb my life for a dog. I didn’t stand a chance. The minute he crawled out from under the chair in the vet's office we were smitten.

The World Cup was starting that day and the Argentina match was on the television. As we decided on a name for our new puppy, Maxi Lopez seemed like a fitting moniker for this magic puppy who had just arrived in our lives. Since then, he has been a complete joy. He was a constant companion at home, in the office and on holiday. Always bringing happiness. A few years ago I got a front carrier on my bicycle and put a box on it which was supposed to be for my daughters’ school bags, but it was often Maxi’s sidecar on the way to the office. The smiles and grins he got from cyclists and motorists were priceless.

Maxi loved to visit the MediaHQ office which was full of dog lovers and would spend his time chasing around the carpet going from desk to desk getting rubs off everyone.

He knew his job and he was so good at it. He was great for a walk and loved to chase and to dig. Despite being wary of water he loved the beach, always curious and a little bit horrified when people went in for a swim - barking to warn them of imminent danger. If any of us was having a bad day, sitting and giving Maxi a rub would make it better. He helped all of us through hard times and we each had our own relationship with him.

My two daughters never knew life without him and he was a huge comfort to them on difficult days. In recent years they became really good at becoming his union reps and making sure he got the best chicken, the most comfortable chair and the warmest blanket.

My home office is in our attic room. During the pandemic, I was often on an important work call and Maxi would sit on the carpet outside and scratch the door to be let in. When I didn't answer at first he would scratch a little bit more insistently until the call was interrupted for my impromptu visitor. I’d apologise, but was secretly delighted to introduce him to whoever I was chatting to.

Deep down I know that the almost sixteen years we got with Maxi was a complete gift, but part of me thought that he would go on forever. In recent years I’d often daydream and imagine him getting to 20 years - like a grand elder. Anytime he got sick he showed great resilience and spirit. But alas this time it was not to be and we didn’t want to see him suffer after all the love he gave us over the years. Nothing lasts forever and it's so sad to say goodbye. Rest gently Maxi.