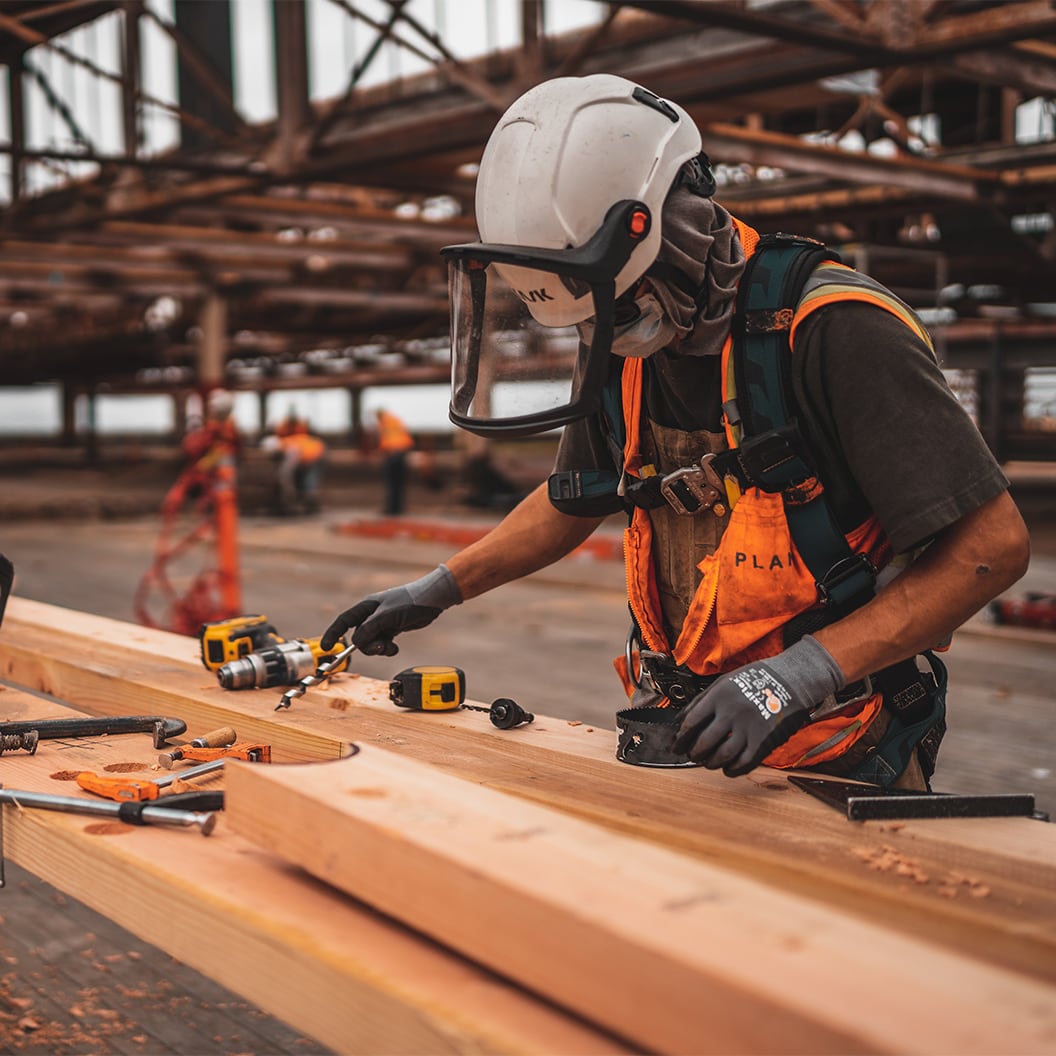 The road to success is always under construction

The Construction Industry Federation, CIF, has been the leading representative body for the Irish construction sector since 1930. They provide training and support to its more than 15,000 diverse members in the areas of employment legislation, health and safety and planning and development. Public Relations is an essential part of the CIFs remit and their PR strategy is focused around influencing policy, shaping future regulations, informing the public and enhancing the reputation of an industry that provides direct employment for 150,000 people.

Since 2016, as the Irish housing crisis escalated, journalists have been knocking on the CIFs door for stories. Dempsey describes this as a welcome change from other PR roles he has had where he has had to aggressively chase coverage. That said, Dempsey believes it is also a challenge because if people are talking about housing all the time, it takes the focus off other areas of construction. It also forces the CIF to constantly react to a breaking news cycle on housing and can take their focus away from a proactive planned PR strategy.

“If we just react all the time, we are responding to the agenda, not shaping it. We field two to three housing queries a week, sometimes a day on housing! We also need to proactively highlight the 60-70% of construction activity that relates to industry, FDI, and non-housing infrastructure.”

The CIF has a two-pronged strategy when it comes to PR. It reacts to the ever-evolving news cycle around housing but also proactively releases 6 or 7 pre-planned reports every year. They also focus on several key pre planned media topics such as their recent focus on women in the construction industry on International Women’s day.

All of their press releases around this PR strategy are created, scheduled and sent using MediaHQ’s easy to use press release distribution tool. They have sent 652 press releases through MediaHQ since 2016. The CIF is regularly covered in a diverse range of media outlets from the Irish Times, to RTE, the Examiner, Business Post and The Irish Independent and MediaHQ extensive media contacts database is an integral part of this.

Shane and his team use pre-built media contact list templates in MediaHQ which removes the grunt work of building and maintaining media contact spreadsheets. They have also built several of their own media contacts lists within MediaHQ, be it the Sunday News desks or all Irish Political Correspondents. They deal with a range and variety of journalists from political correspondents to lifestyle journalists to business journalists, so it is important that the CIF has up to date lists for different types so that they can get tailored press releases to them in a hurry – and know they are the right contacts.

They also use lists to group local and regional media whom they focus on extensively. According to Dempsey, they can get over 90% coverage on a pre-planned story in local media when they add some localisation to the release. According to Shane Dempsey, he would not be able to do his job effectively without MediaHQ.

“I am old enough to remember a time when we used spreadsheets to record journalists’ contacts. It was tedious, unprofessional, and impossible to keep track of journalists who were constantly moving jobs.”

”Now we can create the release within MediaHQ, send to various updated lists of contacts or pitch to an individual journalist and I can track the delivery, click and open rate to see how it performed. MediaHQ has saved me so much time to focus on other things. It is like having an assistant working with you.”

The CIF communications team are regular users of the search tab in MediaHQ. This allows them to search for specific media contacts, specific organisations, specific programmes, columns, or supplements. It allows them to search by topic or by area of interest to a journalist and add those contacts to a premade media list. This became invaluable when the CIF was hit with a Tsunami of media coverage during Covid19. They tore up their 2020 PR strategy and started over.

Dempsey and his team began sifting through reports that backed up the premise that construction sites are safe places to remain open during lockdowns. They used MediaHQ to find medical and health correspondents, batch add them to contact lists and develop key relationships with them. According to Dempsey,

“Not only did MediaHQ give us the contacts but also a bio that linked to their social media accounts and showed their areas of interest. This is intelligence that is invaluable before you pitch a particular journalist.

Before this, I would have had to ring former colleagues or others in the PR game to find out more information about a particular journalist. Now I have it at the click of a button.”

The CIF knew that during a crisis, it is important to get your side of the story out first. Their messaging was so effective that construction sites were largely classed as an essential service throughout 2020 and left to operate within restrictions.

Analytics on your press releases

Shane Dempsey uses the release reports within MediaHQ to measure the click, delivery and open rates between different press releases. He says the release reports have helped him establish which releases perform best at which times and on which days. It helps the CIF to tailor their future press releases, to make them more appealing to particular journalists who they know are clicking and opening particular topics over others.

News cycles repeat themselves and the CIF team, like countless other PR teams, end up covering annual events repeatedly. Dempsey says he looks at a release report before covering a topic a second time. By reviewing the performance of a previous Press Release on a particular topic, all of which are stored in MediaHQ, he can tailor the next release to gain more traction.

Take the grunt work out of your strategy

2020 has been a strange year for the construction industry. The CIF have walked the tightrope of keeping their members informed, influencing public policy, and reassuring the public that construction sites were safe to open. The industry’s dominance in the media and in public discourse is testament to the strength of the Communications team led by Shane Dempsey. An astute PR practitioner with over 20 years’ experience, Dempsey knows that if you want to remain at the top of your game, you need the right tools at your disposal.  He finishes our chat by saying he could not do what he does without MediaHQ, a quiet nod to a software partner that has taken the grunt work out of his PR strategy.

5 lessons to learn from the CIF media relations