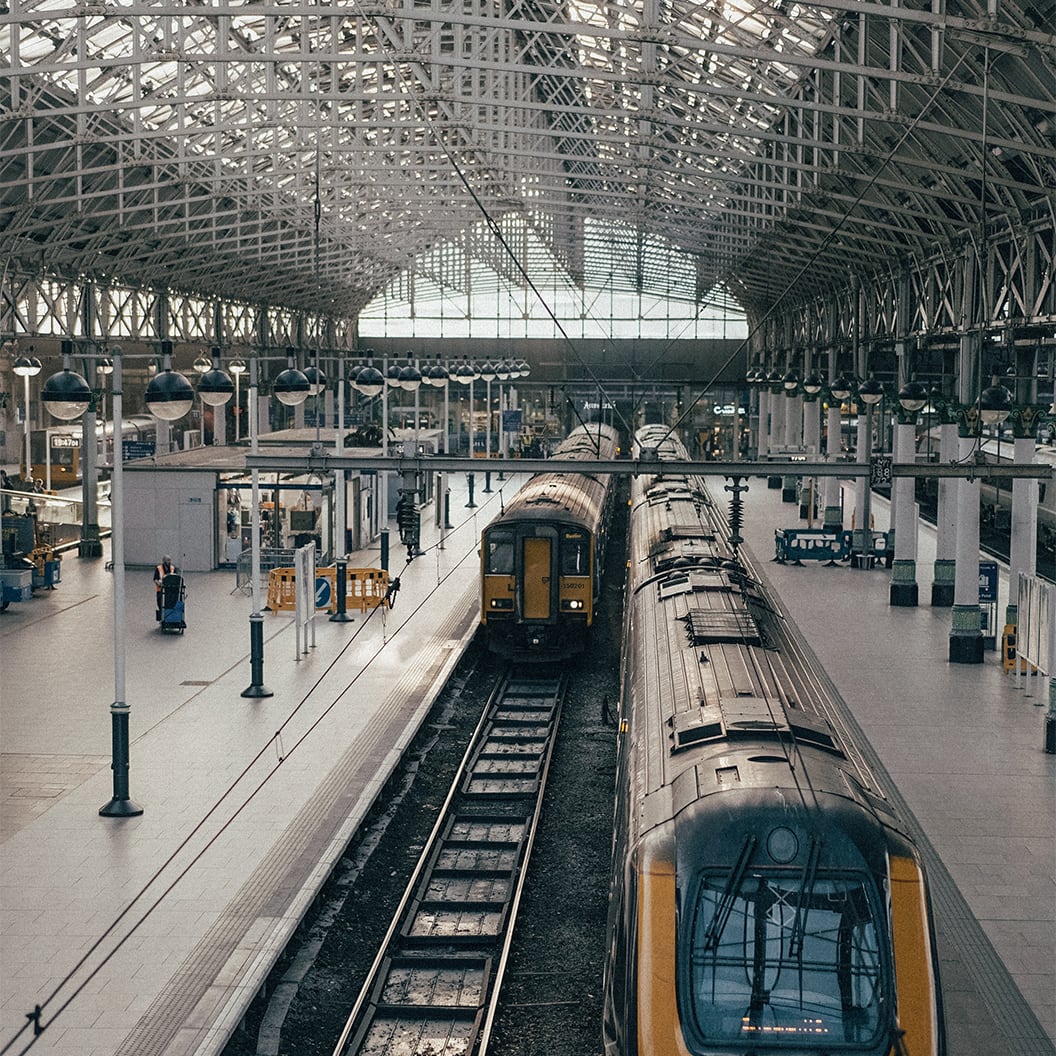 All aboard – a journey with Irish Rail

Irish Rail or Iarnród Éireann is a subsidiary of the CIE group providing intercity, regional, commuter and freight rail services across the island of Ireland. The group also operates Rosslare Europort and has considerable property interests with stations across Ireland. They maintain Ireland's rail infrastructure and bring thousands of Irish commuters to and from work every day.

Corporate Communications Executive with Irish Rail, Jane Cregan, heads up a busy communications team of 8 people. The team has a range of responsibilities from external and internal communications to freedom of Information requests and data protection. Jane's expertise in transport communications has been copper fastened over the 16 years she has worked with Irish Rail, having studied first at University College Galway and subsequently for a Masters in Public Relations at DIT.

Their reactive messaging focuses on issues like engineering works, disruptions to service or essential travel information. The reactive messaging is sometimes aimed at as wide a reach as possible and at other times, is very specific to a town or county. MediaHQ gives Jane and her team the flexibility to specifically target the right people for whatever message they are putting out on a particular day,“MediaHQ is particularly good at getting the bread-and-butter communications out there. Line closures, works and new timetable press releases can be in online publications in as little as a half an hour after we send a press release using MediaHQ.”

“MediaHQ helps us hit both online and traditional media contacts to ensure everyone gets our message.”

Mixed messages – from safety at level crossings to engineering works!

‍When Jane and her team did a free trial on MediaHQ software in 2018, they knew instantly it was a right fit for the organisation.

“MediaHQ is the most efficient way we can get our message out there. It is fast and easy to use. All you really have to do is put in your content. It does the rest.”

‍Irish Rail has sent over 300 press releases since becoming a client of MediaHQ in November 2018. The most recent and most successful press release they have sent using MediaHQ was the launch of an awareness campaign around safety at level crossings. According to Jane Cregan,“MediaHQ helped us to get a large reach for this particular pre planned story marking International Level Crossing Safety Day. It was carried in all major news outlets, in online publications and extensively in local media. It was extremely successful.”

‍Using the MediaHQ platform, Irish Rail can schedule releases for any time, personalise mass emails, attach images, send test emails, and send out their release to any number of pre-made media lists within MediaHQ.

Rail travel operates seven days a week, so the Irish Rail communications team needs to be switched on seven days a week, 364 days a year. MediaHQ is an essential part of this critical messaging infrastructure that keeps the public informed on transport issues like line closures, travel disruption and Covid19 disruptions. MediaHQ allows them to send and update releases from both the office and on any mobile phone.‍

‍Jane Cregan remembers life in the Irish Rail communications department before MediaHQ. One of the team was almost always ringing media organisations to ensure they had the most up to date contacts on file.

“It was very labour intensive before MediaHQ… obviously we missed a lot of the right journalists because their contacts had changed, and we had old contacts. It just wasn’t an effective way of doing business.”

‍She remembers manually going through bounced emails to adjust the excel spreadsheets they were working off. Each time an email bounced from a press release, one of the team would have to ring the media organisation and establish if the journalist had moved on or whether there was a technical problem. She was never 100% sure her press release had reached the right people.

She describes life after MediaHQ as...

“the peace of mind knowing that when I send out a press release, it will go to the people I want it to go to.”

‍Before MediaHQ, Jane and her team at Irish Rail worked with a media contacts directory that was updated annually, “We don’t use the media contacts book anymore because we can find any journalist we are looking for on MediaHQ within seconds. We can search for them by topic or by media organisation. We know the lists are up to date which has saved us a considerable amount of time.”

“No more scrolling through a media contacts directory!”

‍Measuring the effectiveness of your press releases

‍Jane and her team spend a lot of time looking at the MediaHQ Release Reports function. This allows them to measure the click, delivery, bounce and open rates between different press releases that they have sent.  It shows them who is opening the releases, at what time and what kind of stories are getting the most traction. This type of media intelligence allows PR teams to tailor their future press releases to what media is looking for.

Knowing what appeals to a particular journalist gives Irish Rail the media intelligence to tailor their future releases to ensure they get more traction on future releases.Irish Rail uses the release reports function in MediaHQ to generate PDF reports on the performance of their releases so that they can feed their progress up the management chain.

‍MediaHQ gives Irish Rail access to 60,000 up to date media contacts all neatly curated in lists that they can search and edit. Pre-Made media lists range from business desks to regional newspaper editors, making it easy to micro-target particular sets of the media for specific press releases.

Jane Cregan cites MediaHQs ever evolving premade media lists, curated by a research team, as one of the key features of the MediaHQ offering,

“The ability to use and edit pre prepared media lists but also build your own lists is a key attraction for us. We do a lot of local press coverage and the MediaHQ local media lists are excellent and help us hit the right connections at a hyper local level.”

Getting back on Track

‍The past year has been difficult for Irish Rail. As non-essential intercounty travel was stopped, customers stayed home, and trains ran empty. Jane and her team had to change their messaging from encouraging travel by train pre covid to a message of essential travel only during the pandemic.

The Covid19 crisis cut Irish Rails capacity to 50% as the communications team found themselves with a whole new set of messages around social distancing on trains and proper etiquette on essential urban commuter services such as the DART.

They struggled with a nervous public who wanted to know that they would be safe on an Irish Rail train. Jane and her team used MediaHQ to communicate clear messaging around how to travel safely and are looking forward to a day where they can encourage people to travel by train again.

There are exciting things happening at Irish Rail including a considerable expansion of the DART network in Dublin. The Irish Rail message going forward will be around better connectivity and how travelling by train can help to reduce our overall carbon footprint.

There is a long track ahead of Irish Rail but with Jane Cregan in the engine room, there is a renewed confidence that Irish Rail can get back on track post Covid.