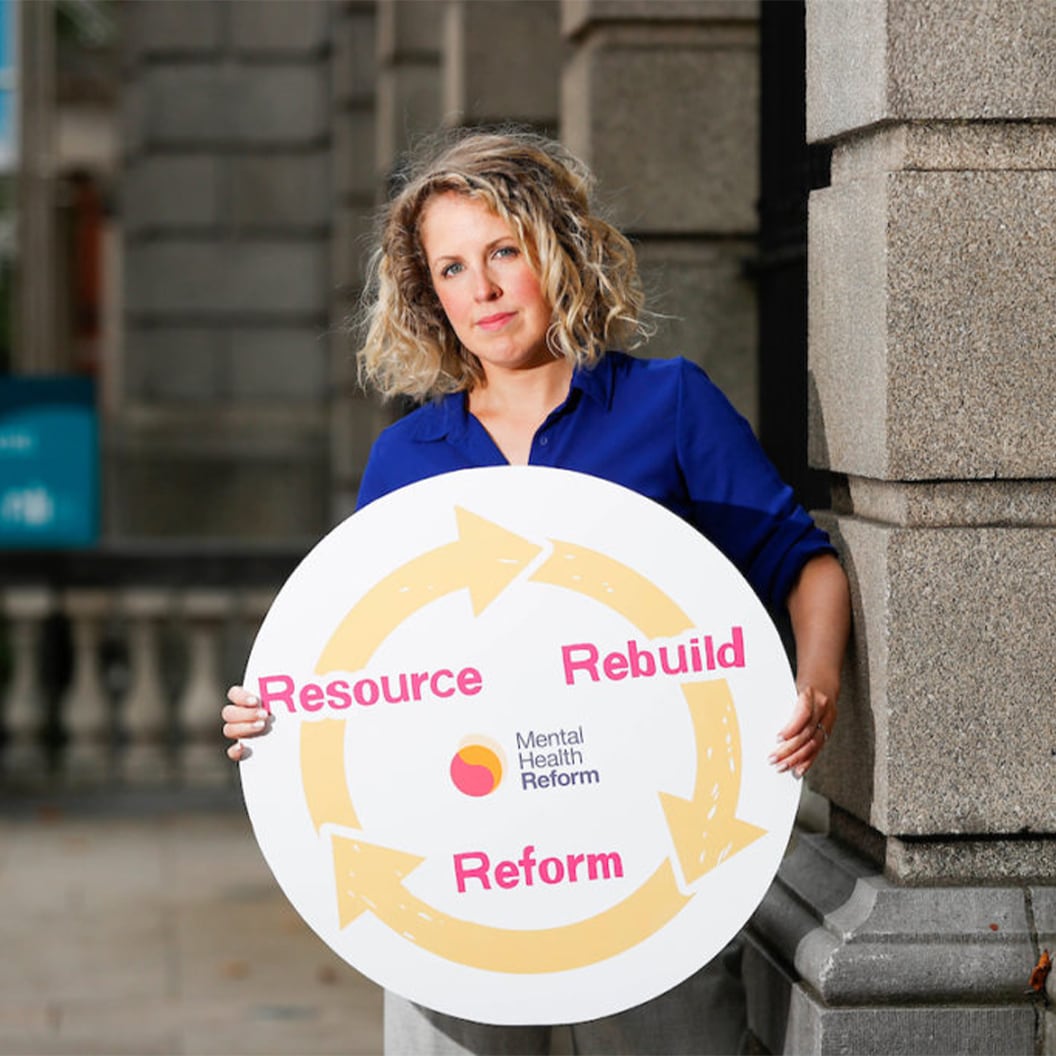 Mental Health Reform was founded in 2006 and is Ireland’s leading national coalition on mental health. With 77 member organisations, it works to drive progressive reform of mental health services and supports through coordination and policy development, research and innovation, accountability and collective advocacy in Ireland. It’s vision describes an Ireland where everyone can access the support they need in their community to achieve their best possible mental health.

PR for a brighter future

Niamh O’Connor has been Communications and Engagement Manager at Mental Health Reform since June 2021. Niamh is a seasoned PR practitioner, having previously worked in roles such as Programme Executive at Transparency International Ireland and Public Relations Consultant at Q4 Public Relations, where she worked with a broad range of governmental and not-for-profit organisations. She holds an MA in Media and Communication from the University of Greenwich and a Diploma in Digital Marketing from the Digital Marketing Institute.

MediaHQ is a tool used by PR and communications professionals in both in-house and agency teams across the UK and Ireland. It is a media contacts database that enables users to search for journalists, build media lists and analyse the results of their press releases.

MediaHQ, another member of the communications team

Some of the work that Niamh does includes sharing reports on mental health services and government plans, campaigns and human interest stories with the media. MediaHQ offers a suite of PR tools that helps Niamh to do this work in a much more effective way. Access to detailed profiles for journalists means that Niamh can find the right people to add to her lists in seconds. The simple search function and topics that are added to each contact makes it easy to navigate the extensive database.

“I had to build a list of regional media contacts for each county. Searching for these contacts online would have taken several days but MediaHQ’s database helped me to source the contacts I needed quickly. When you’re working on a time sensitive press release, the speed and efficiency of MediaHQ is absolutely key.” <div class="author">Fiona Coyle, CEO, Mental Health Reform</div>

Niamh uses MediaHQ in various aspects of her work as Communications and Engagement Manager. She searches the database for relevant contact details and uses these to create lists and find pitch deadlines. The topic search on MediaHQ provides over 300 topics that journalists have been tagged with. This function helps Niamh to narrow down her search into specific topics and brings up only contacts who are specific to Niamh’s target audience.

The press releases sent by Mental Health Reform aim to provoke both societal and governmental change. They use strong headlines to encourage wide media coverage. Some of their press release titles include:

Niamh reflects on what her communications strategy looked like before using MediaHQ and how it has changed for the better with the introduction of the tool.

“I have used excel sheets for my media relations work in the past so to find out the name of a producer or journalist I would need to do a lot of online research and with MediaHQ, it really cuts down on that manual work because I have an accurate and comprehensive database of media contacts that is updated daily at my fingertips.”

Niamh also uses the MediaHQ press release sending feature to send press releases to a list of contacts in one click. This function allows Niamh to choose the list she wants to target with her press release and gives her the option to send a test release and schedule a release ahead of time.

“First off I use the search function on MediaHQ which allows me to find the most relevant media outlets and contacts to pitch my story to. This function is really helpful because it provides detailed information including the phone number, email address and role of the media contact and the outlets deadline for pitches. It shows the journalist’s most recent tweets which gives a really good indication of what stories they’re interested in covering. I also use the press release function which allows me to send targeted lists of media contacts.”

MediaHQ’s database provides details not just about journalists, but also programme schedules and newspaper deadlines. This helps Niamh to understand the media landscape, building knowledge of the best times to pitch to programmes and newspapers.

Sharing the human experience through PR

“Proactive PR is really important for Mental Health reform as it allows us to highlight the three pillars of our work: Advocacy, Policy and Research and Innovation. In our pre-budget campaign this year we sent out a series of press releases using MediaHQ which allowed us to generate extensive media coverage across RTÉ 1, The Irish Times, The Business Post, The Irish Independent and the Irish Examiner.”

Reaching the right people to tell their story

As Mental Health Reform could no longer rely on in-person events for fundraising and awareness during COVID-19, PR was used as a tool to promote a switch to digital events. Niamh explores the positive ways in which remote communications have impacted the work of Mental Health Reform.

“All of our launch events are now hosted online which makes it a lot easier for the media to attend. If a journalist can’t make the live event, we can send them a recording of the event and they can write that up for their story.“

Niamh and the team at Mental Health Reform work with contacts from across the media from political and health correspondents to news reporters both regionally and nationally. Finding and targeting the right media contacts is vital to the success of a PR campaign and MediaHQ allows users to refine their searches by topic as well as location, national or regional and job type and title.

“MediaHQ allows us to create targeted lists of journalists for particular stories.”

Mental Health Reform continues to lobby for better support and services for those who experience mental health difficulties throughout Ireland. MediaHQ facilitates Niamh and the team in providing powerful reports, insights and human stories to both national and regional media across the country.

Designed for PR and Communications teams, MediaHQ is the all-in-one media contacts database and press release distribution software with the mission to connect your story with your audience. It was founded by entrepreneur Jack Murray in 2009.

Our cutting-edge software is the best, fastest and most accurate way to find the right journalists, build media and pitch lists in seconds, send press releases and get results.