Peter McVerry Trust use MediaHQ to expand their journalist networks 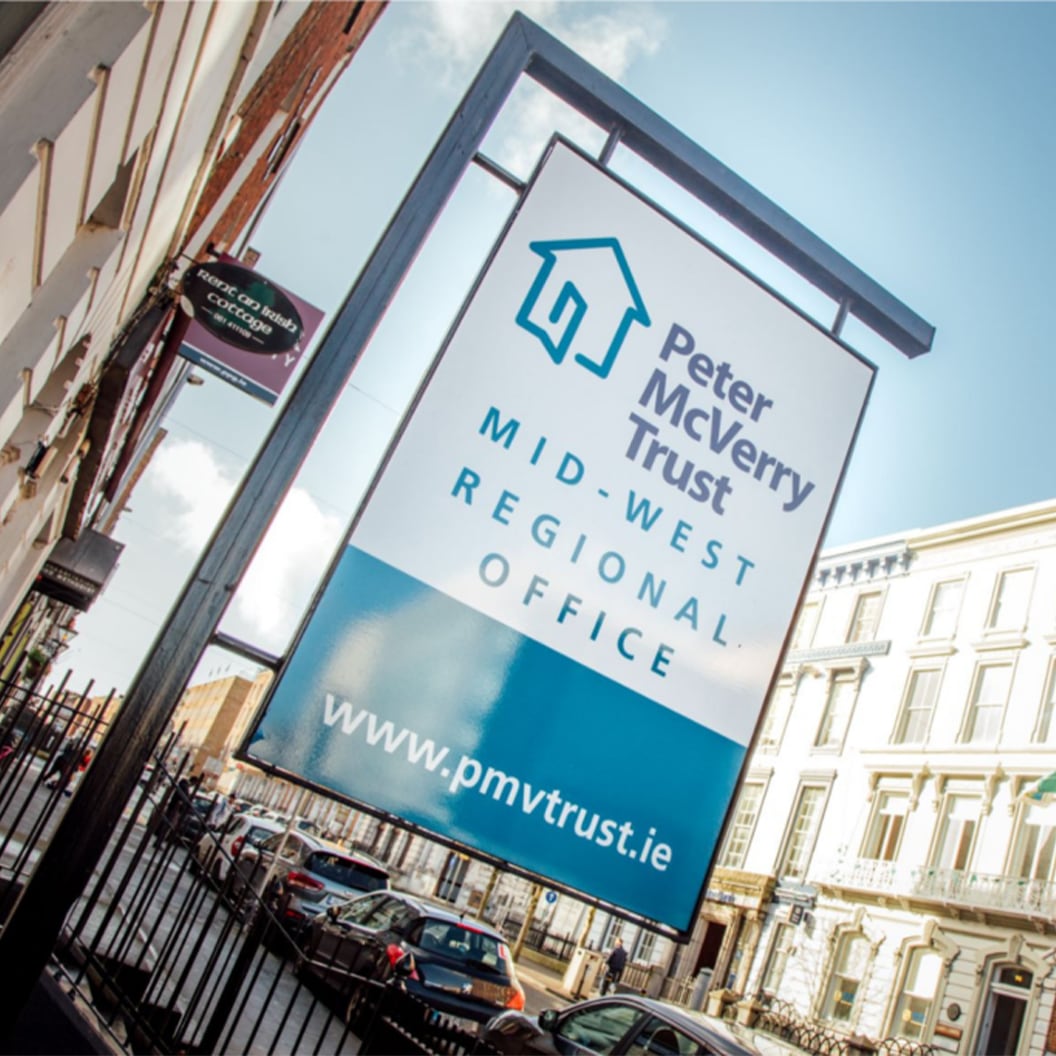 The Peter McVerry Trust has played a leading role in providing solutions to homelessness amongst high-risk groups since it was founded in 1983 by Father Peter McVerry. The charity was set up after he witnessed the devastating impact that drugs and homelessness were having on young people in Dublin in the 1980s.

From humble beginnings, the charity now operates across 27 local authority areas and has helped over 1,300 people secure a home in 2020. Director of Services, Francis Doherty has been at the coalface of the Peter McVerry Trust since October 2012. He is responsible for the national communications team and the overall messaging strategy.

With a team of just three, they communicate their mission to reduce homelessness and the harm caused by substance misuse and social disadvantage by offering pathways out of homelessness.

The Peter McVerry Trust has used MediaHQ’s user-friendly press release distribution software and media contacts database to get their message to the media since 2017. Their department is run on a razor thin budget and Doherty describes the software as his fourth team member, allowing him the flexibility to do more with less.

MediaHQ allows the communications team to respond to breaking news

‍Traditionally, the Peter McVerry communications team would rely on a mix of pre-planned and reactionary media coverage. The pre-planned coverage focuses on different themes throughout the year that showcase the charity’s solutions to homelessness. MediaHQ has a dedicated research team who update the database of over 60,000 journalists.

The charity then organises these contacts into specific targeted lists. They use the MediaHQ search filter and topic search to find key media contacts around pre-planned stories where the story or issue at hand would resonate with a journalist with a particular interest or skill set.

The second part of their PR strategy is the ability to respond quickly to an ever-evolving news cycle increasingly focused on housing issues. Monthly housing figures, Daft.ie housing reports, budget day and policy decisions are opportunities where the Trust could be out with a press release within an hour of the story emerging.

Doherty credits MediaHQ as giving the communications team the ability to have the finger on the trigger when it comes to quick reaction times to those breaking news stories. The easy to use press release tool coupled with the pre-made media lists allow the Peter McVerry communication team to…

“respond to breaking news that has not been flagged with us in advance in a hurry. MediaHQ allows us to be the first NGO out with a statement.”

‍Doherty and his team schedule and send all their press releases through the MediaHQ platform. Each press release sent through MediaHQ generates a release report which they use to check engagement with their press releases. By seeing which journalists opened the release and engaged with it, they know who to follow up with.

By comparing overall engagement between specific press releases, the Peter McVerry team can learn what worked best for them. This makes every press release they send a little bit better than the previous one.

‍As Covid19 dominated the news and lockdowns saw the events market collapse, the Peter McVerry Trust communications strategy had to change. The charity turned their attention to the Irish regional media where it was easier to get their message on the agenda. Using the MediaHQ database they were able to identify local editors, presenters, journalists and build lists of county-by-county media contacts.

They used MediaHQ to successfully develop new media relationships in 28 local authority areas around Ireland.Doherty says that the Trust had also taken a conscious strategic decision to…

“work with a small group of national trusted journalists who we can develop good relationships with. We need to eat into the Covid19 space where we can and provide niche alternative positive stories that talk about the solutions we can provide.”

‍MediaHQ gave Doherty and his team the tools to develop these tight relationships by allowing them to find up to date media contacts for journalists in the media database, find their categories of interest, their twitter handle and bio. It also allowed the charity to send personalised press releases at scale using the MediaHQ PR distribution tool and mail merge function or pitch directly to a specific journalist.

MediaHQ has a 98% press release deliverability rate which gives Doherty peace of mind. The communications team at the Peter McVerry Trust focus on good news stories, which are a harder sell but garner great results.

“We have a policy of positivity and hope around our messaging. We are conscious about the public's fatigue with labels like “Emergency”, so we try and guard against fatigue in order to protect our fundraising income. If Peter McVerry is on the RTE Six One news, presenting someone with keys to their new home, we see a spike in donations the following day.”

Doherty leads a busy communications department. He says MediaHQ allows him to focus on his PR strategy because the software takes the grunt work out of his day to day running of the team.

“If I am looking to do some PR around a specific medical issue, I can find the relevant journalists to pitch to in minutes using the MediaHQ Topic Search. I can quickly build a list of contacts, send them a press release, and follow up seeing what traction the release got. It is like having a well-connected fourth press officer on the team.”

‍Direct results in a challenging year

‍In what has been a challenging year for the communications team at the Peter McVerry Trust, MediaHQ has helped them to excel in their adapted media strategy.  The charity has continued to be a leading voice in providing solutions to homelessness, dominating column inches in the Irish Times, the Irish Examiner, the Irish Independent and a host of leading digital publications including the Journal.ie.

MediaHQ continues to be the cornerstone of the Peter McVerry communications team’s PR strategy.

MediaHQ saves them time, allows them to build and nurture key media relationships and respond quickly to breaking news stories.

MediaHQ has allowed their communications team to do more with less becoming a key partner that will help the Peter McVerry Trust to continue providing solutions to homelessness long into the future.

Company
The Peter McVerry Trust has played a leading role in providing solutions to homelessness amongst high-risk groups since it was founded in 1983 by Father Peter McVerry.
Industry
Charities & NGOs
Headquarters
Dublin, Ireland
Key benefits
See MediaHQ in action
Request a demo and discover how MediaHQ can help you deliver maximum impact—without the grunt work.
Request a demo