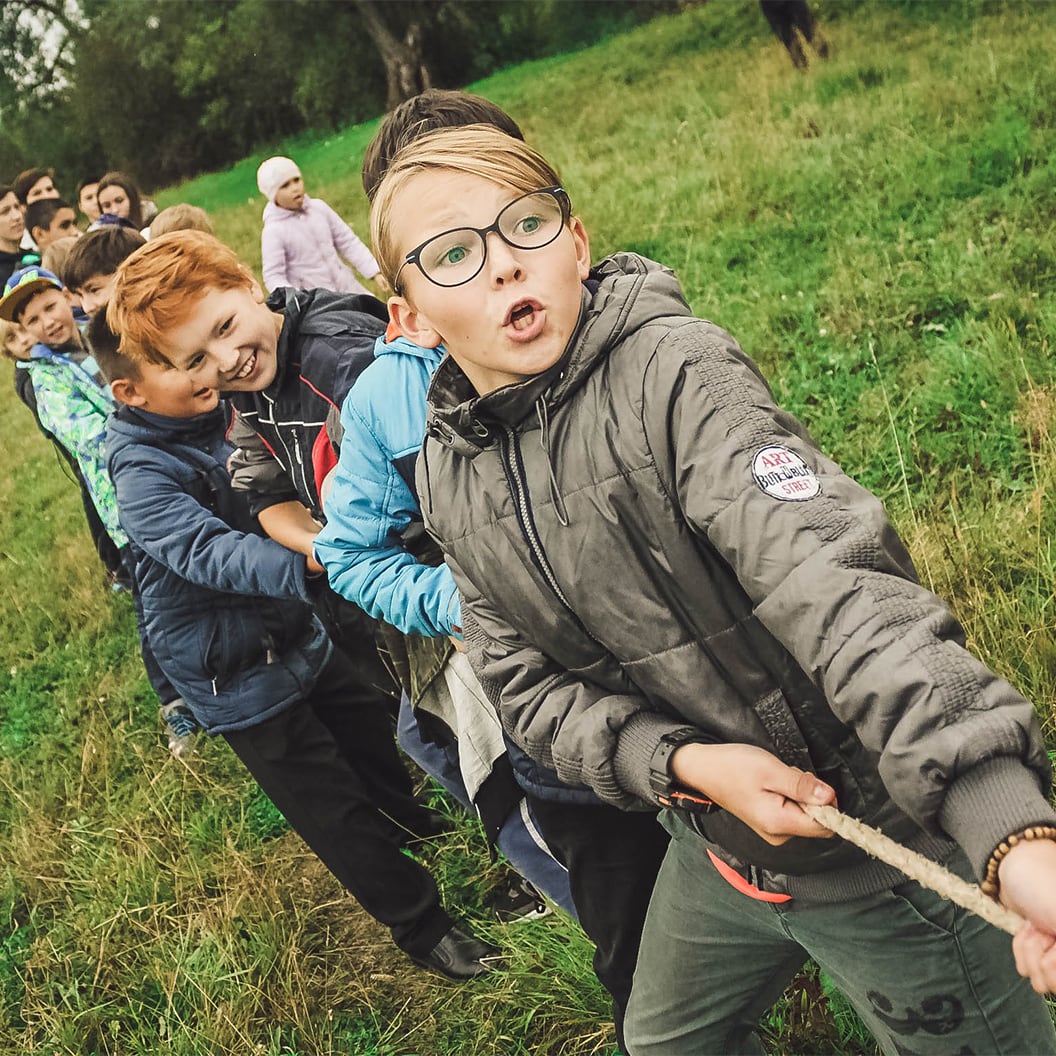 The Ombudsman for Children’s Office

The Ombudsman for Children’s Office (OCO) is a human rights institution that promotes the rights and welfare of young people under 18 years of age living in Ireland. The office came into being following the passing of legislation by both houses of the Irish national parliament in 2002.

Dr. Niall Muldoon is the current Ombudsman for Children and, like all others who may serve in the role, was a presidential appointment and reports directly to the houses of the Oireachtas.Originally the office was set up to independently investigate complaints against public organisations involving children, however, their role has expanded into a variety of policy areas which concern and impact the future of children in Ireland.

The communications team at the Ombudsman for Children’s Office (OCO) is headed up by Aoife Carragher, an experienced former broadcaster and public relations professional. Having graduated with a BA in Media Studies and German from NUI Maynooth, Aoife later studied for a Master’s in Public Affairs and Political Communications from DIT. Before joining the OCO in May 2016, Aoife worked in senior positions with AA Ireland and as a press officer for the Fine Gael political party.

She heads up a small communications team of three in the OCO head office. One is focused on digital media and the rest are focused on traditional media where their key priority is to make the OCO more accessible and to help people understand issues relating to children’s rights.

The OCO have been a client of MediaHQ since 2016 and have sent over 350 press releases through MediaHQ in that time. The communications team run a series of planned campaigns throughout the year whilst also responding to the breaking news cycle on stories that concern children’s rights, public policy issues involving children and issues around children and mental health.

A key remit of the office is making complicated policy issues and documents more accessible to the public, and in particular children and they focus on some of Ireland's leading national and regional media outlets such as RTE, The Independent, Examiner and a host of leading regional broadsheets and local radio stations.

All their pre-planned press releases are sent out using MediaHQ. According to Aoife Carragher, it gives her the confidence to focus on the policy within the release.

“When we send our press releases using MediaHQ, we know it is reliable. We can hit the right people at the right time at a national or local level. It gives us a level of trust and confidence that the press release is taken care of so that we can focus on the policy issues at hand.” <div class="author">Aoife Carragher</div>

‍The OCO simply cut and paste their press releases from their laptops into the release tab within MediaHQ, schedule them and send them to pre-made national and local media contact lists from national news desk contacts to regional newspaper editors. Releases can be scheduled for any time and personalised to target individual journalists by first name. This can all be done in minutes with a few clicks, saving the OCO time and allowing them to respond to breaking news immediately.

Aoife Carragher has been leading the communications team at the OCO since 2016. Whilst it was her predecessor who introduced MediaHQ to the office, Aoife still remembers the word docs and spreadsheets with journalists’ names and contacts stored in different locations.

“The old system was haphazard as it became impossible and time consuming to track journalists’ movements. Now we have all our lists in one place, and we know that they are up to date.”

‍Aoife and her team of three ramped up their use of MediaHQ and quickly built and expanded a series of media lists within the MediaHQ platform, which has over 60,000 up-to-date media contacts.

Aoife Carragher is currently in the middle of another Child Talks PR campaign. Child Talks is an initiative which was started by her office in 2018 to mark World Children’s Day. Children all over Ireland can share their stories online. Aoife and her team use the campaign to raise awareness about the Ombudsman for Children’s office.

‍“We know that awareness amongst children of the OCO office is stronger in urban areas of Ireland, so our PR strategy is based around raising awareness with children in more rural parts of Ireland targeting local and regional media. MediaHQ helps us to identify local media and the story was carried widely at a local level including in the Leitrim Observer, the Longford Leader and on Tipperary Live.”

32 press releases for Child Talks were sent out using MediaHQ. The communications team at the OCO are acutely aware of the importance of local media in their communications strategy.

Aoife Carragher says that they focus on tailoring stories to local media and that MediaHQ helps them ensure they are hitting the right people at a local level.

“Journalists move around so much that we need to know we are hitting the right people. When you are focused on radio and print in every part of Ireland, it becomes impossible to track contacts, that is where MediaHQ comes into its own by providing a dedicated research team that continually updates the database.”

For Aoife and her team, the ability to find media contacts in a hurry using the MediaHQ search functions and add them to existing media lists is a key attraction of the MediaHQ platform. The communications team have existing relationships with most social affairs correspondents, but niche topics, such as the accommodation conditions of young Traveller children, come up in research papers or in related campaigns where Aoife Carragher and her team need to find out which journalists are covering a particular topic in the media.

“Using MediaHQ we can find the journalists and develop an ongoing relationship with them into the future. The MediaHQ platform gives us the confidence to know that these contacts and information are updated continually.”

Once a release is sent, tracking how it performs is the next step. Aoife Carragher is a regular user of the release reports within the MediaHQ platform. Release reports give Aoife and her team the data around each press release. It shows them the click, open and bounce rates of every press release which gives her communications team a benchmark on which to compare the performance of each press release.

According to Carragher, this media intelligence allows them to reflect on what works and what doesn’t,“The release reports allow me to tailor the content based on what I know works and doesn’t work. It gives us intelligence on different journalists interests by showing us what they are clicking on and opening”

Schools out: A voice during the Covid19 pandemic

The Covid19 pandemic presented many challenges for the Ombudsman for Children’s office. Complaints to the office dried up because many public services were closed or curtailed. At the same time, the office was no longer able to facilitate policy workshops with children, which all had to be moved online.

Aoife and her team scrambled to take their workshops and their communications strategy online so that they could continue to advocate for children during the pandemic.“We found that Irish children didn’t have a voice during the pandemic. Their schools were closed and there was uncertainty around exams. Children were being labelled as vectors of the disease in the early days of the pandemic. We felt our PR needed to shift towards giving children a voice, engaging with policy makers, and making sure children were represented at the table.”

‍Aoife and her team quickly adapted to the new online reality and have tailored their website and online presence to be more accessible. This bore fruit in their 2021 Child Talks campaign which has been their most successful to date.

The Ombudsman for Children’s office continues to widen its remit in the protection of and promotion of children’s rights in Ireland. By the end of 2021, the communications team will grow to four as they will face new challenges to make their policy and research papers more accessible and to ensure more children, in particular in rural Ireland, know they exist.Aoife Carragher and her team are up for the challenge.

The next generation of Irish children are bright, confident and ready to take on a host of new challenges that face the world. The OCO will be there to support in whatever way they can.

‍More than just a Media Database‍

Company
The Ombudsman for Children’s Office is a human rights institution that promotes the rights and welfare of young people under 18 years of age living in Ireland.
Industry
Government & Public Services
Headquarters
Dublin, Ireland
Key benefits
See MediaHQ in action
Request a demo and discover how MediaHQ can help you deliver maximum impact—without the grunt work.
Request a demo